I certainly do love me some Freddy. Nightmare On Elm St is one of my favorite film franchises in history. And the character has grown to levels that no one, not even Wes Craven, could have ever imagined. He has appeared on countless products, especially in toy form. But companies are always looking for a way to bring a new Freddy product to market that is unique and can take the character to new heights. Leave it to NECA, one of the titans of the toy industry, to come up with a great idea for this years 2014 San Diego Comic Con exclusive. Not only did they come up with a great idea... it is one of the most obvious ones that hasn't been done before!

Later this summer NECA will be unleashing Super Freddy. This makes so much sense for a Comic Con exclusive. The toy features an 8.5 inch height, classic felt costume with a cape, and our hero even has his own superhero logo! 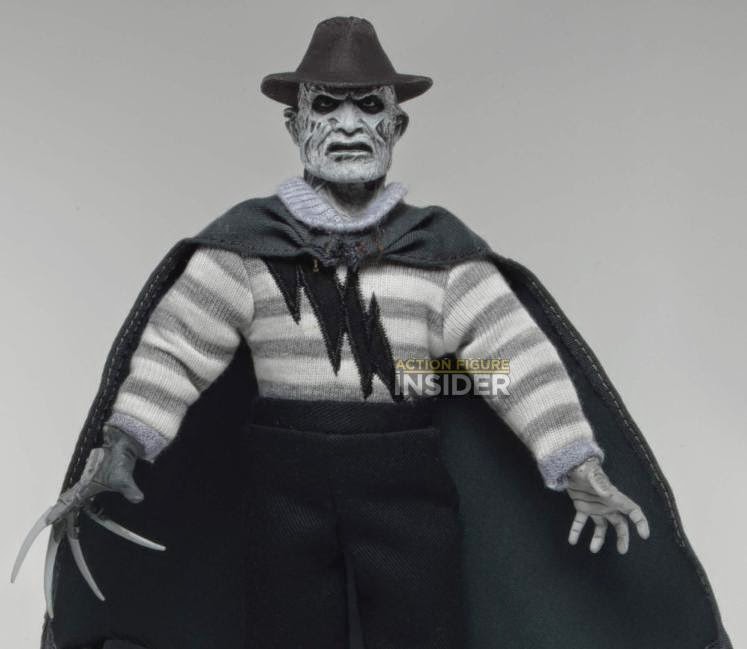 What a great idea, but that doesn't surprise me very much when it comes to NECA. The guys have been changing the game with every single figure they issue, especially the Nintendo Entertainment System versions of Freddy & Jason that came out in the last few years. Those figures were epic, and this one takes a character that has been done a billion times before and make an original figure out of it. I am sure this will be a monster release (no pun intended) and that people will be scrambling all over San Diego to get this one in their collections. So far the above pic is the only one available (thanks to Action Figure Insider and IHorror for the pics), but if more begin to surface I will add them later....
Posted by Mike D. at 12:35 PM