The Hollywood Reporter Sits Down With Some Of The Best Directors In The Game... Mind, Blown!!!

If you have a spare hour to kill and you are fan of films and the people who make them, this is a video you have to watch. The Hollywood Reporter sat down Ang Lee, Tom Hooper, Ben Affleck, David O. Russell, Gus Van Sant, and Quentin Tarantino for a killer round table discussion about the current climate in film making and what each director feels about particular film making topics. I love the juxtaposition of  differing opinions and personalities in the room and I also adore the way Tarantino dominates the shit out of the conversation... something that I would not expect to go any other possible way. Tarantino is a larger than l;ife personality and he shines out among his quieter peers in this video, but there are some interesting tidbits from each of the directors that appear in this video. I am especially intrigued by Ben Affleck in this group. There is no denying that Affleck has some talent behind the camera.... I loved Gone Baby Gone and The Town, but they were safe Boston movies for the burgeoning auteur  But Argo takes him out of that comfort zone and he is being talked about for an Oscar (I have not seen it yet, so I reserve judgement). All in all a great way to kill an hour if you are a modern film fan. check out the full video after the jump...

Here is the cover of the issue: 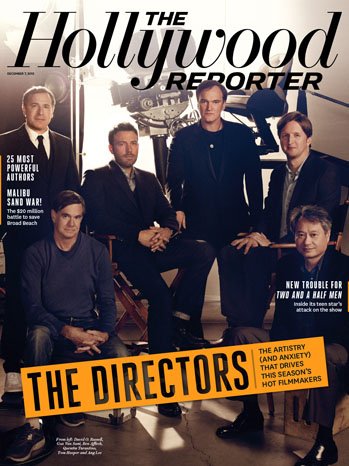