'The Shining' Sculptures May Be Creepy Than The Original People In The Movie... Maybe!!!

The Shining is one of the creepiest movies ever created, a pure horror classic from the genius mind of Stanley Kubrick. It is one of the first horror movies to cross over to the mainstream and is always on the top of peoples 'Greatest Horror Movies...' lists. One of the things that makes it so spooky for me has to be the look of the characters. When the film starts the three members of the Torrance family seem to be pretty normal... and way I say normal I mean in appearance as well as mental state. But as they spend more and more time at the Overlook Hotel the family begins to unravel in both of those aspects. By the end of   the film the characters look horrific and make it even harder for us to ignore the traumatic experiences they have just gone through... Enter sculpture Clare Monaghan and her ability to recreate this haggard look of the Torrances from the end of the film in her busts. These are just so detailed and weird. Great find by the gang over at Super Punch. You can see detailed pictures of each individual bust after the jump... 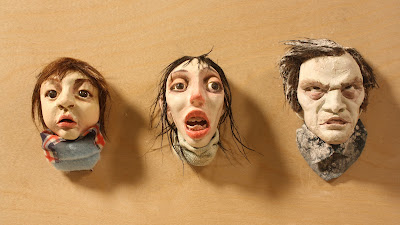 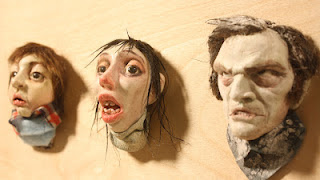 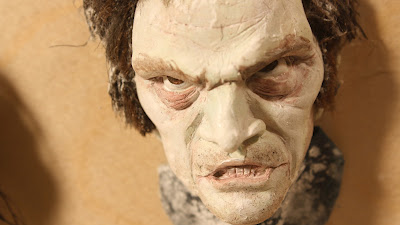 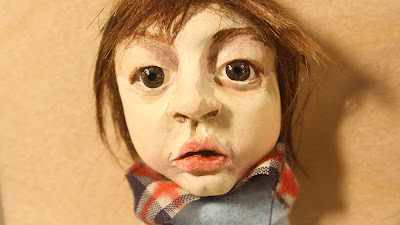 She even gets Shelley Duvall's terrible mouth full of teeth correct... insane!!!! 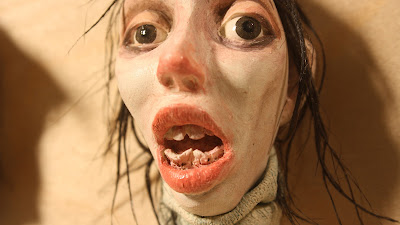