Halloween tends to get the shaft when it comes to TV specials when compared to the juggernaut that is Christmas. But every year our favorite hallowed holiday makes some strides and we see more and more themed programming throughout October.

I am a Halloween junkie so I will watch anything related to the holiday. No matter how lame the show is, and outside the realm of something I would normally watch. All they have to do is throw on an orange font they have got me on the line. While I love horror movies, I love them all year, so I specifically look out for shows that have a literal Halloween theme. (Click after the jump to hear more...)


The majority of the creepy, kooky, spooky content is in the last few days leading up to the 31st and I thought I would share my personal picks. So clear out your DVR's and settle in with a mound of candy. I have listed them by groups and then by date.

October 24th
A Scooby-Doo Halloween (5:00pm - Cartoon Network)  Pretty much all Scooby-Doo specials are Halloween appropriate, but this one features the gang solving mysteries on the the Holiday itself and features KISS as the guest star (ROCK...sorta).
October 25th
Zombies: A Living History (8:00pm - History Channel) This two-hour documentary looks at the long history of zombie legends, from the dawn of civilization to today.

October 27th
It's The Great Pumpkin Charlie Brown (8:00pm - ABC) One of these years Linus will get to see that pumpkin. The 1966 Peanuts classic airs, followed by the bonus cartoon "You’re Not Elected, Charlie Brown."

Chiller 13: Horror's Creepiest Kids (8:00pm - Chiller) This one may make you mistrust those little monsters sitting next to you. This latest installment of the Chiller 13 series of specials counts down the most terrifying moments in horror film history featuring some of the most sinister little devils to appear on the silver screen.

13 Ghosts of Scooby-Doo: Marathon - (2:00pm - Boomerang) This short lived 80's series was a favorite of mine. It sees the gang tracking down a different monster every episode. It gets big bonus points for featuring Vincent Price as narrator and guest star. Though it loses points for being from the Scrappy-Doo era. 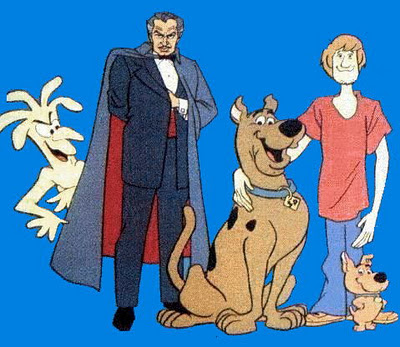 Halloween Wars: Marathon (7:00pm- Food Network) I got surprisingly addicted to the Halloween themed run of this reality cooking show. The contestants did some amazing things in incredibly short amounts of time. Each episode had a guest judge including, R.L. Stine, Gunnar Hansen and Rob Zombie.

Making Monsters: Marathon (8:00pm Travel Channel) This brand new series is maybe my favorite of the season. It focuses on Distortions Unlimited, a family-run business that’s the largest animatronics creator and producer in the world, pumping out hundreds of creatures year-round to the haunted house, Halloween and scare-amusement industry. Catch up on all four episodes. I really hope this show gets picked up for a longer run at some point. 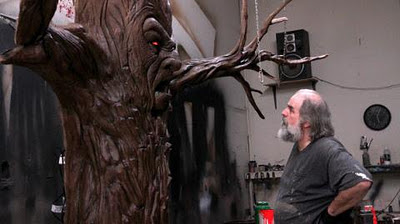 Roseanne's Wicked Halloween Bash (Oct. 30 & Oct. 31 - 11:00pm - TV Land) Roseanne always had some really cool Halloween themed episodes, and they are all collected here. This two-night marathon (four hours each night) features each Halloween episode of Roseanne, kicking off with the first one featuring the infamous “Tunnel of Terror.” Other memorable episodes include Roseanne’s night at the Lobo Lounge dressed as a lumberjack, Roseanne’s visit from the ghosts of Halloween past, present and future, and the arrival of baby Jerry Garcia Conner. The event culminates with the final Roseanne episode, which spoofed Rosemary’s Baby and guest-starred Marlo Thomas, Jennifer Saunders and Joanna Lumley. 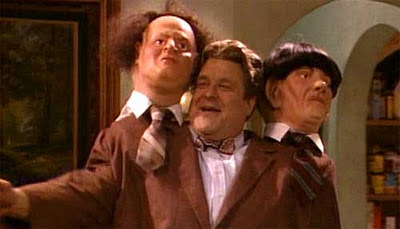 
October 26th
Modern Family (9:00pm - ABC) A very solid Halloween episode last season has set the bar high for this show. I hope they succeed again and set up a nice tradition. 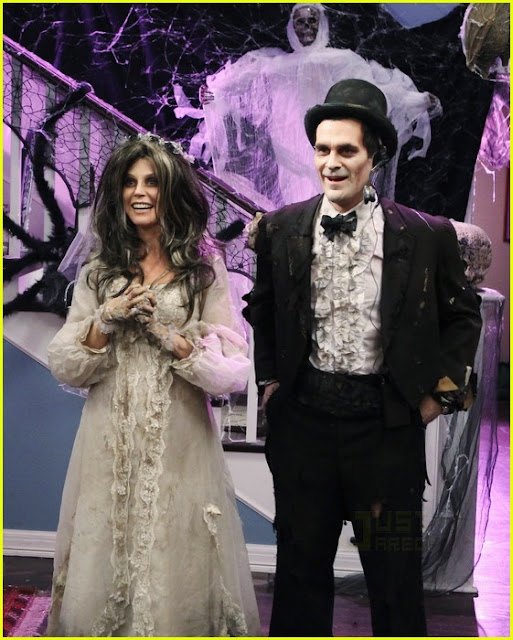 American Horror Story (10:00pm - FX) We all love this show and it's persistent creepiness, so I'm definitely psyched to see them up the ante for their Halloween edition. Zachary Quinto guest stars in this two-part Halloween episode (concluding Nov. 2) FX will also be airing the first three episodes as a min-marathon on the 31st.

October 27th
Community (8:00pm - NBC) Pretty much every episode of this show is a "theme" so I have hopes that this year Halloween is extra special. The episode titled “Horror Fiction in Seven Spooky Steps” sees Britta run anonymous personality tests on everyone for a psych class. One of the test results seems to indicate that someone in the group is deeply disturbed. At the group’s pre-Halloween party, she enlists Jeff to help draw out the potential sociopath, and the two lure everyone into telling their favorite horror stories. If you're not regularly watching this show you are missing out big time.


October 28th
The Cat in the Hat Knows a Lot About That!: Aye Aye!; Trick or Treat (9:00am - PBS) This groovy kids show has lots of good wholesome fun with just a hint of spooky goodness. Great for the little ones.

October 30th
The Simpsons: Treehouse of Horror XXII (8:00pm - Fox)  FINALLY this special is airing in October right before Halloween. No lousy baseball pushing this into November. People may complain this show has gotten stale, bu I still get as excited about the special as when I was 11 years old. 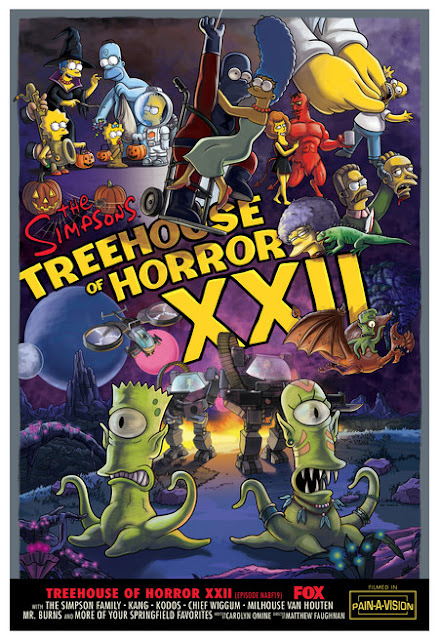 As a bonus if you're looking for any past Halloween themed sitcoms I came across this great site which has tons of them.

There are tons of random horror movies on all week. AMC and SyFy both have loads, but you're dealing with commercial and edited films so why bother? Also on most channels you're not seeing anything really interesting or out of the ordinary. Your best bet, as has been the last few years, is TCM. Beautiful, unedited, uninterrupted versions of some of the best classic horror and suspense. Watch as much as you can. I task you to try to watch the into from David Edelstein (in for Robert Osburne) and not stay for the feature. 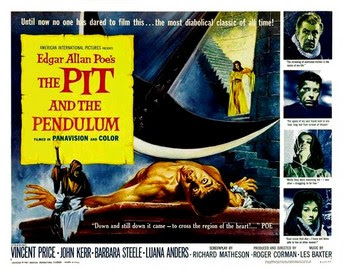 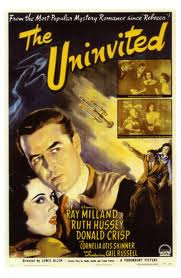 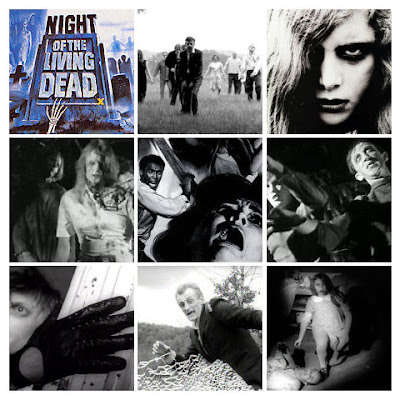 And of course for all of you lucky people who have the FEARnet channel, they are doing their annual 24 hours of Trick R Treat on Halloween day. Great to keep on in the background all day and night.


That should be plenty to keep you occupied. Just be sure, while watching all that TV,  to put your masks on when the Silver Shamrocks commercial comes on. 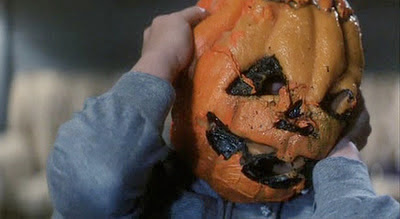