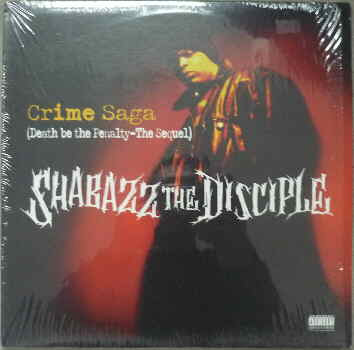 Shabbaz The Disciple, or Scientific Shabbaz was one of those loosely associated Wu Tang members that never really capitalized on the Wu's popularity. He was on the Gravediggas song "Diary of a Madman", and he had another underground hit called "Death Be The Penalty" that had a very controversial video. But today we will focus on my favorite Shabbaz track, Crime Saga. "The game never changes, only the players...". I love this song. Great 90's era hip hop right here. Enjoy.