The 2010 Year In Review Meme by Mike DeVito 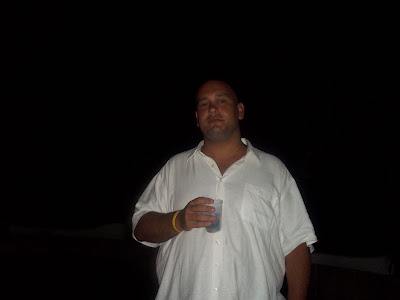 - Scott Pilgrim Vs. The World - A perfect movie... nothing else to say.

- Harry Potter: The Deathly Hallows pt.1 - What a wonderful first part to the finale of this unreal movie franchise. I absolutely loved everything about it, and it did its job in hyping me up for the final film of the most successful franchises ever!!!

- 'Kick Ass': This is the kind of comic book movie I want to see. It is great. Millar's story is phenomenal, and Vaughn brings it to the screen magically. Also, I have two words for all you guys out there: Chloe Moretz. That little girl is gonna be huge... trust me!!!! Also, how can you not love a movie that features a batshit crazy Nic Cage being lit on fire. Wonderful.

Rhianna - Loud - Great album from a great artist. She had a good rebound year after the Chris Brown fiasco, and Love the Way you Lie, What's My Name & Only Girl were some of my favorite songs of the year. Classic.

Honestly, if The Walking Dead was 12 or more episodes then it would have been a slam dunk. But 6 episodes left me wanting more. Sure, No Ordinary Family is cheesy, and schmaltzy, but guess what... I love it. Yeah its a rip of The Incredibles & The Fantastic Four... so what? Not to mention Julie Benz & Autumn Reeser. Good Lord!!!! Watch it... it's great! Also, I love Boardwalk Empire.

5) Favorite "Old" TV Show of 2010: Glee - A fun show that makes me laugh week in and week out. Plus, too many hotties to count. Quinn, Rachel, Brittney, Santana... JEEZUSSSSSS!!!

7) New Technology that you acquired in 2010: Blu Ray Player - I have over 1,000 DVD's and don't want to upgrade but, the Blu Ray player plays DVDs (and makes them look better) and I might as well buy any movies FROM HERE ON OUT in a better format. Can't hurt... but I will not double buy anything. EVER!!!

'Exit Through The Gift Shop' - Phenomenal documentary, and all around excellent movie. A must see. Just missed my top 3 movies of the year. (Probably number 4 or 5).

Female: Chloe Moretz - I love this kid. Sure I could have went with Scarlett Johanson or Katy Perry's wonderful TaTa's or Zooey Deschanel's wonderful baby blue eyes. But this kid stole my heart this year. She is great. In 'Kick Ass', she did just that... Kick Ass. She was great. The 'cock signal' line was so amazing, I choked on my popcorn. Great stuff. Also, see her in '500 Days of Summer' as Joe Gordon Levitt's younger sister and her starring role in 'Let Me In'. Phenomenal movie. She is so amazing. Can not wait to see her in ANYTHING she does.

Male: Robert Downey Jr. - Why RDJ you ask? Well, he is my favorite living actor and I feel he is amazing in everything he does. But I picked him here because he is a HUGE star, yet has no problem playing a supporting role ('Charlie Bartlett') or being part of an ensamble cast like he will be in The 'Avengers' (2011). He is perfect. Name me a bad Robert Downey Jr movie... can you? I am so happy that my first Blu Ray purchase was 'Kiss Kiss Bang Bang', one of his most under rated performances of his story book career. Keep it up RDJ!!!

Female: Kate Gosselin, Snooki, and just about every other reality show female on the planet earth. My girlfriend Tara watches a lot of reality shows... so by default I watch a lot of reality shows. One thing I noticed about almost all of them is the fact that the females tend to let it get to their heads the most and act like animals on a regular basis. Why is this? Just take the 'Jersey Shore'. Before that show started, I saw the way the guys looked and said "These guys are going to be the biggest dicks... ever!". In reality, overall they are pretty mellow and cool. The girls are heathens and animals. Especially that goblin Snooki. Grrrrrr! I hate them. If she wasn't responsible for 8 kids, I would really want Gosselin's plane to nose dive. But then they would be stuck with their tool bag father, so I wouldn't wish that on no one.

Male: Steve Martin - Why, oh why Steve? Steve Martin was one of my favorite actors of all time. He was great in everything throughout the 80's & 90's. Then he forgot how to pick roles. He should have never made that movie with Queen Latifah (it's been all downhill since then!) and the fact that he remade 'The Pink Panther' Movies should qualify him for a firing squad. He was not some young actor who took a paycheck and you can understand. He is a multi millionaire and a 30 year vet. He should have left Sellers & Blake Edwards alone. If I ever see him, I am going to smack him with a hamburger for those ridiculous scenes. He has to do some pretty remarkable work to get back in my good graces, and he can start by never making another 'Pink Panther' movie again... ever!!!!
Posted by Mike D. at 2:09 PM