My 3 Favorite Scary Movies Of All Time: Kate Jones Edition 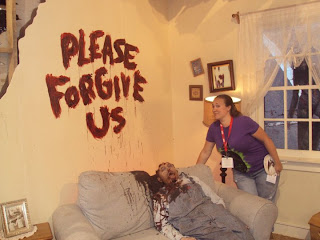 Our next contributor to step up to the plate is Kate Jones, whose True Bloody Love (True Blood) & Reality Check (Reality TV) recap columns keep everybody in the loop on whats going on. Since True Blood is outta season right now, we are waiting for Mrs. Jones to get a new obsession so we can be privy to some more of her excellent insights. One thing she won't be writing about will be horror movies, because she F'n hates scary movies!!! Despite the fact that she is not a huge horror fan (at all), she as a good sport and participated anyway. With no further ado, I present My 3 Favorite Scary Movies Of All Time: Kate Jones Edition!!! 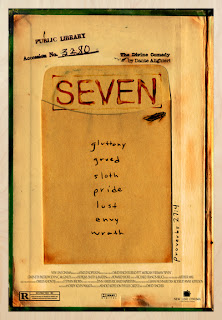 Se7en (1995) - Hands down, one of the best movies I have EVER seen. Incredible acting, tons of visual grossness and an incredible storyline. I saw this at about the same time as Usual Suspects and was completely amazed by all things Kevin Spacey after that. Just total awesomeness...and creepiness. 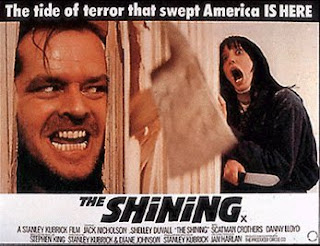 The Shining (1980) - Nothing is creepier than the idea that a normal guy could go completely bonkers and try to kill the people he loves the most. All work and no play makes Jack a dull boy... 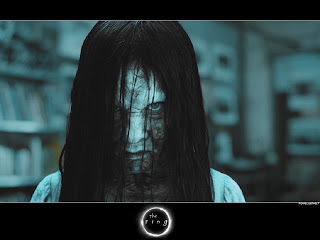 The Ring (2002) -  Wow... Kids are freaky! That girl was DAMN scary. I think that might have actually been the last scary movie I saw just based on that crazy girl climbing out of the television at the end of the movie. Also, my friends ex boyfriend calling my house phone just as the movie finished MAY have damaged me.
Posted by Mike D. at 2:15 AM