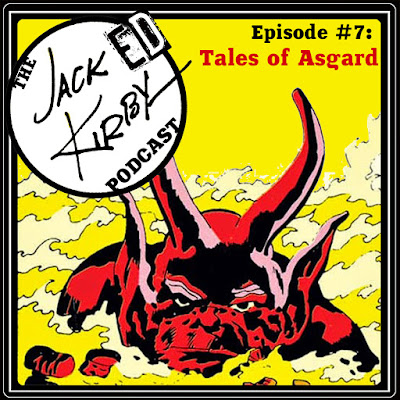 On this episode of the Jacked Kirby Podcast hosts Tommy Lombardozzi and Mike D are joined by artist Al Accettura for one reason... Let's Talk Some Asgard! Thor: Ragnarok is on the horizon, so we figured this would be a perfect time to discuss Jack's back up feature Tales of Asgard that appeared in issues of Journey Into Mystery that featured Thor. It was in these short 8 page back up stories that Kirby wrote & drew where he really developed the world of Asgard that we all know and love. The most important of those back up stories were collected into Tales of Asgard #1, an oversized comic featuring 9 stories that was published in October of 1968. The boys talk through those blockbuster stories that laid the world building of the Thor mythos for decades to come!!!!

(4:00 - 10:30) - How did the Tales of Asgard come about? What made them different from the regular Journey Into Mystery stories?