The Magic of Foley by Steve Resk

Wrestling has many famous faces, and one of those famous faces...has several faces of his own! Our Good friend Steve Resk of SRG Universe recently had the chance to get some face(s) time with one of the all time greats...

In a time right now where all the wrestling hype seems to be about the legacy of the Undertaker, we can't forget about the man who in my opinion put the Undertaker over. In the dance that is professional wrestling it takes two to tango. When you look back at the great of the attitude era, The Rock, Stone Cold, and Triple H we see a consistent counterpart in Foley. His incredible and sometimes death defying feats, (which none of us will ever forget) make Foley the true immortal of the WWE. This is a man who literally sacrificed part of his body for the industry. But the Sacrificing doesn't stop there.

Read more after the break!

Foley's dedication to activism and charity is admirable. Most of his charitable work focuses on children. This New York Times best selling author has given his time to schools and libraries to promote the value education and stress the importance of reading to children. He has visited hospitals and frequented the Make a Wish Foundation, and is on of the lead donors at Childfund International. Foley's love for the betterment of the world doesn't just stop at the kids, he visited military bases and hospital getting himself a reputation as Legend among he troops. If that wasn't enough he is a supporter of the Rape Abuse and Incest National Network. Where he volunteered his time to victims as well as raised money for the organization by mowing people's lawns, and auctioning off legendary articles of clothing like his thumb tack stuck boots from a bout with Ric Flair, and his infamous white shirt from his battle with the Undertaker at Hell in a Cell. Through his comedy he has raised money for medical needs of retired professional wrestlers, and he has stood up for the human rights of all people. Now that is HARDCORE! 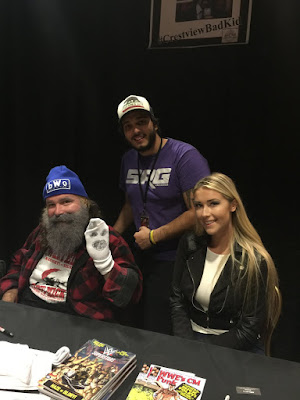 I had the privilege to spend some time in the company of Mick Foley this weekend at WinterCon. Prior to this Foley made an appearance at House of Glory Wrestling's for all Mankind. This appearance was heartfelt and touching, and it gave a wonderful picture of the humble, loving individual we know as the Hardcore legend. You could say we could feel the love. As a advocate of child education myself, and a life long wrestling fan; Foley's legacy to me will not just be about the chair shots and death defying leaps that made ECW and the Attitude era what it is today, but the shots he's taking to make this world a happier place, and leaps forward he has helps pushed our society. Yes, he undoubtedly Hardcore Legend, but more importantly he is a Legend of Human Being, a real life Santa Claus. HAVE A NICE DAY. 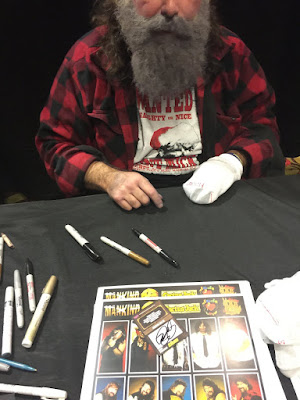 Steve Resk is the founder of SRG Universe and creator of Supershow the Game, the world's first unpredictable game. Follow them for all your Wrestling needs... 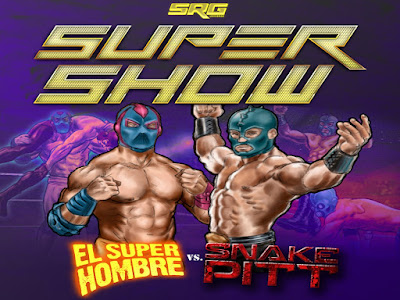