There is only one thing better than a podcast that focuses on Rocky #1-3... and that is a podcast that finished the job and focuses on Rocky #4-6 (plus the upcoming Creed!)!!!!! Jokes aside, while Rocky 5 and 6 are often looked down upon as the low point of the series, Rocky 4 is almost ALWAYS highlighted as the BEST film of the bunch since the original. So we spend most of the episode discussing that one as well as the other two films left in the series. We also talk about Rocky in other mediums and what to expect from the franchise in the future! A great sequel to a retrospective about one of the greatest film franchises of all time. Join Jedi Rob, Alex Berg and Mike D as we make one more trip up the proverbial 'staircase'.... 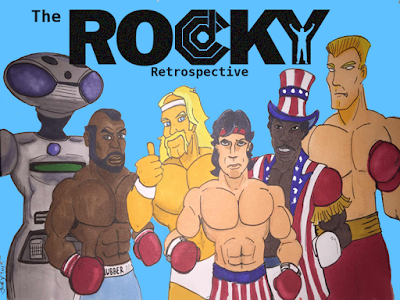