7 Reasons Why Luke’s Not the Villain In Star Wars: The Force Awakens by James West

First of all, full disclaimer: if he is, then, well, I’ll look foolish. And hate JJ Abrams. But, as detailed below, I really, really doubt it.

There’s much buzz around the internet lately, and by lately I mean since the first Episode VII trailer came out last year, about the Force Awakens. Which makes sense, it’s arguably the most anticipated movie...ever? And certainly projected to be a blockbuster behemoth. Moreover, very rarely do we have a pop culture movie that seems *important* - but this does. Important to the fans, important to cinema, important to anyone who values the story from the Holy Trilogy (I don’t hate the prequels, but that’s a discussion for another day). But, now, those values are under attack – attack by sensationalist journalists and the people who share their articles. The most outrageous of these claims? That Luke Skywalker is the villain in The Force Awakens. Why? Why would someone make that claim? Who would think to create a theory so maligned with the original movies?

Who, I’m not sure. The “Why” seems to be rooted in the fact that Luke is not in the trailers and Kylo Ren has Vader’s helmet. Here’s why that’s all wrong, to stop sharing that story, and Luke is NOT the villain in Star Wars Episode VII: The Force Awakens.  Luke *is* in the trailer. 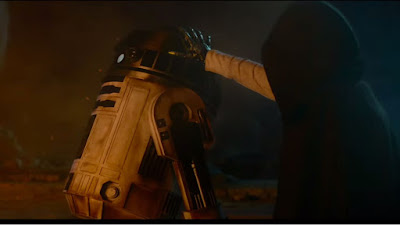 See? See that? That’s Luke. He’s right there. I guess it could *not* be Luke, and just some other guy in a robe with a robot arm who hangs out with R2-D2. I know that’s *possible*. But is it likely? No. Not at all.

Kylo Ren is played by a different actor... 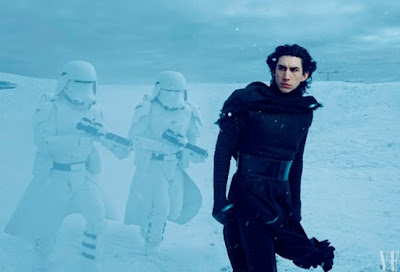 DRIVER IS IN THE TRAILER TOO! 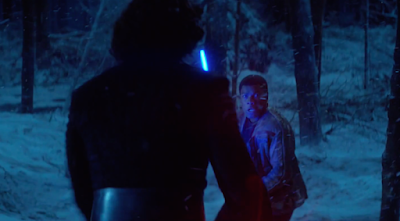 LOOK?! SEE?! Even if all those costly photoshoot photos are merely a ruse, you can clearly see the back of Kylo Ren’s unmasked head in the trailer and it is *totally Adam Drivers head*. Jeeze.

Snoke? I dunno no Snoke. 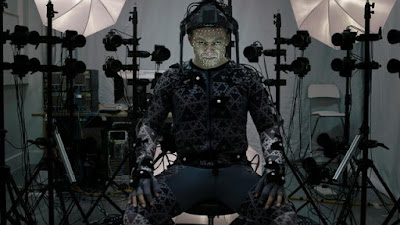 “Okay, so he’s not Kylo Ren...but what if he’s Snoke? The other bad guy?” No. See Andy Serkis? He’s playing Snoke. See all that equipment? Unless he’s undergoing mo-cap to look like Mark Hamill, which wouldn’t make sense because Mark Hamill is alive and well and *in the movie*, Snoke is not Luke. Even if they share the last two letters of their name. Let’s be real. Plus, Snoke is the one speaking over the very first trailer “The dark side...and the Light.” 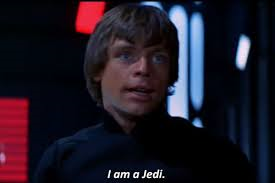 Remember Return of the Jedi? Remember that one? Luke’s arc, the plot of the movie, the conclusion of the trilogy, the moral of the story, was that Luke *did not go bad*. He comes close. But the Emperor failed. Luke was a Jedi, like his father Anakin was. That, plus Vader’s redemption, are the conclusion of the two biggest character arcs in the trilogy. Making Luke the bad guy would completely undo every moral and message the first trilogy represented. Not only wouldn’t it make sense, it would be damaging.

Why else would he need the beard? The contractually obligated beard that he’s growing out in time for Episode VIII but had to keep for VII? The one that makes him LOOK LIKE A JEDI? C’mon.

This picture, which has not yet been debunked. 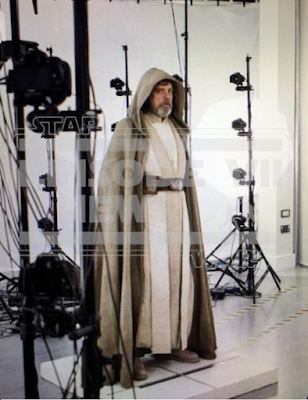