We meet lots of people on our adventures with the CCD press pass, but none as cool and as down to Earth as our good friend Ray Arcadio. Ray is an extremely talented artist that we met & interviewed at the 2013 NY Comic Con and stayed in touch with. His work is very unique, specifically his awesome takes on the traditional "happy face" pieces in which he re-designs tons of pop culture characters into the circular happy faces we have seen so often. What he ends up with is often way cooler than any smiley face you have ever seen, that is for sure. Ray has jumped into more complex pieces since we encountered him last year, and his new works for the 14 NYCC are unreal... or should I say, TOO REAL!!!! They feature many pop culture staples (The Walking Dead, Star Wars, Groot, etc) but with a realistic twist... specifically in the teeth. This guy can draw some detailed mouths & teeth. Wow. My favorite of his new pieces has to be his Michonne with her companions, which we find out is not one large canvas but actually three individual canvases assembled into a larger frame. The Michonne is raised higher than the two Walkers, giving it the 3-D feeling that she is actually "LEADING" them out of the frame! Totally rad idea, from a truly creative force (this dude makes his own fucking frames? C'mon man!). Check out more of Ray Arcadio's work by clicking over here and heading to his website. After that, watch Tommy get in there with another one of his patented CCD Interviews after the jump....


Check out some of Ray's pieces: (you can buy Ray's work here) 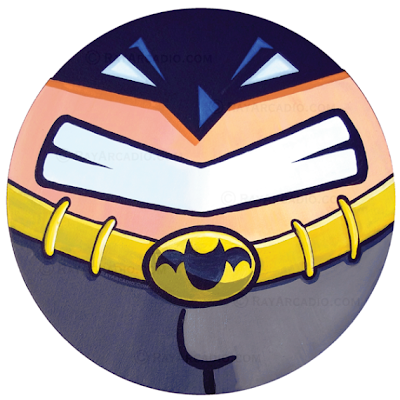 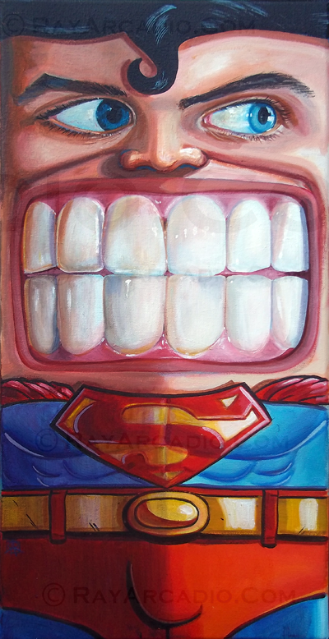 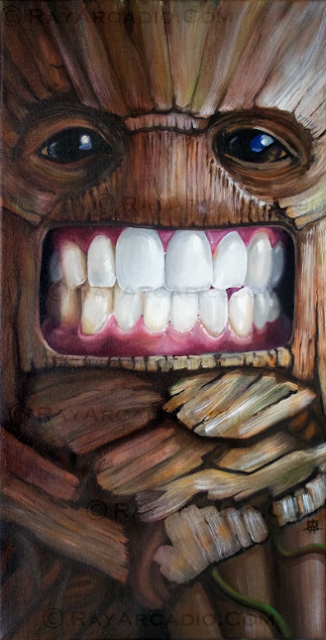 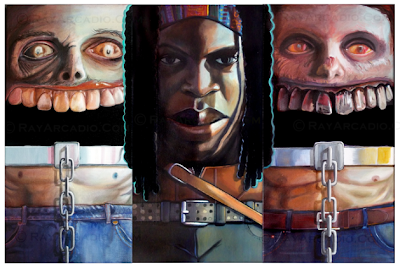 Here is the interview: