Just More Proof On Exactly Why Zack Snyder Is One Of My Favorite People In Film And Why Joel Silver Sucks Ass...

Zack Snyder has been on my radar since I walked into the theater and plopped down my cash in the hopes of a mildly entertaining remake of George Romero's classic film Dawn of the Dead. Not only did I get that... I got way more! It was perfectly cast and extremely well shot, and basically started the whole 'zombies can move fast' sub genre. He followed that up with 300, which so blurred the lines of the 'Comics to Film' genre that at times during the movie I literally felt as if I was reading Frank Miller's classic comic panel for panel up on the big screen. After that, the kid could do no wrong in my eyes. Then it was announced that he would be heading up the big screen adaption of Watchmen. The Internet almost imploded in on its self, as an adaption of Watchmen had been kicked around for years and had names like Terry Gilliam as director and Joel Silver as a producer attached at various points. They were going to give this grail of a franchise to a nubie with two films under his belt? This seemed like a possible problem in the making. But to be honest, I was confident everything would work out A-OK. In my opinion I was more than correct...

Read More after the Jump....

Snyder turned out to be a huge comic nerd who had extreme reverence for the source comic book. He planned on making the film with the same precision and attention to detail that he had used when adaption 300... and he didn't care how long the movie ended up being. He planned on filming an animated accompaniment for The Black Freighter comic book story within a story from the original novel, as well as one featuring the early tales on the Minutemen. He had a plan for the finale, the one pitfall  that all the critics of a film adaption to Alan Moore's groundbreaking graphic novel always pointed out as impossible to translate to film. And he made it happen. He cast a group of mostly unknown but perfectly matching actors for the roles of the Watchmen (with the exception of Billy Crudup most of them had minimal exposure prior to Watchmen and have become much bigger actors after) to act in the film, had a rock solid adaption in place, and was ready to make it all happen. Before filming the Internet was abuzz with how Snyder wasn't the right guys for the job... how a guy like Gilliam with his weird sensibilities would be perfect for the material, and that it was too deep and sprawling of an undertaking for a young dude like Snyder to handle. Turned out those people were idiots. The movie, in my humble comic book nerd opinion, is perfect. The changes are minor at best, and his ending (albeit slightly different from the comic) was close enough to be chalked up to cinematic necessity. He didn't just change shit to change it... everything that needed to be in place to convey the tone and feel of the original comic was present in the film. It was as close to perfect that I could have ever hoped for. And most people that I have encountered that know the original source material feel quite the same way. The film was a middling success, making a ton of moeny but not living up to the expectations (ie: HOPES) of a huge payout DC had dreamed of. Oh well.. doesn't mean the movie isn't great.

Snyder has continued making movies of his own unique vision over the years, and with his role as producer on the long awaited 300 sequel 300: Rise of an Empire and as director of the upcoming Batman vs. Superman Snyder is back in front of the press and instead of them asking him questions about his upcoming projects they are still bringing up his work from the past... probably because ousted almost producer Joel Silver and guys like him are still taking shots at him every chance they get. The movie was filmed over 6 years ago, isn't it about time to let it go fellas? 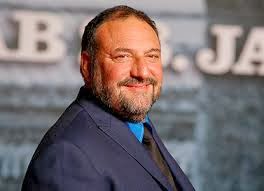 In a recent interview with The Huffington Post to discuss his newest film, the Liam Neeson airplane thriller Non-Stop, Joel Silver couldn't help himself from taking shots at Snyder and his version of Watchmen. Silver talked out of his ass using quotes like Snyder was "too much a slave to the original material" and vowing that his and Gilliam's version would have turned out much better. This is ironic, considering Silver has been involved in his fair share of bombs over the years and Gilliam has many of his own difficulties getting his own films done. Since Snyder is himself on the circuit doing interviews for 300: Rise of and Empire, he was then asked to responded to Silver's assertions. As usual, Snyder did not disappoint!

Snyder found all of the comments laughable, but killed all of the noise with one simple comment. He said he made Watchmen for one reason and one reason only: He made the film for himself, and to save  it from guys like Silver and Gilliam. Wow. That is amazing. Ya see, Snyder was a comic fan long before he ever picked up a camera... and any REAL comic book fan knows how much reverence REAL comic book fans have for continuity and story lines. He was weaned on books like Watchmen... and these dudes thought they could have done better? Get the fuck outta here. Need more proof? Check out Silver's comments of about Gilliam's plans for the final act:

"Instead of the whole notion of the intergalactic thing, which was too hard and too silly, what he did was maintain that the existence of Doctor Manhattan had changed the whole balance of the world economy, the world political structure ... he had the Ozymandias character convince Doctor Manhattan to go back and stop himself from being created, so there never would be a Doctor Manhattan character. And in the vortex that was created after that occurred, these characters from Watchmen only became characters in a comic book".

That is a direct quote from Joel Silver... and further proof that dudes don't know when to shut the fuck up nor what a real comic fan would want in their adaption of Watchmen. If you think people ripped apart the casting of Ben Affleck as Batman or Snyder's ending of Watchmen on the Internet, what would have happened if that above ending ended up in cinemas? I think Gilliam would have been ripped to shreds and Silver might have had a bunch of 'splainin to do. Snyder went on to say that these comments by Silver are just more proof that they would have butchered the property and that he is glad he did the film because he is a fan first. So if he could live with it, in his eyes most real comic fans could live with it too. I am truly grateful that real comic fans like Snyder and others are making more comic films these days, as they better represent guys like me and my comic loving sensibilities. Love ya Zack... can't wait to see Bat-Fleck and what you do with the DC Universe once again !!!

Here is a link to Snyder's Huffington Post Interview and Silver's interview from last month.
Posted by Mike D. at 1:33 PM