The 'Voltron' Team Gets The Perillo Treatment...

I have always been a big fan of Dave Perillo's work, pretty much since I started checking out artists on the web back in 2007 or 2008. I had the pleasure of meeting Dave at the 2013 Wizard World Comic Show with Tom Whalen, and the dudes were super humble for such talented and popular guys. They downplayed who they were and how popular they were, and were selling prints for really cheap... but the dopest thing was how cool they really were. Just fun guys. Dave is currently participating in a Voltron exhibit at Acidfree Galleries with a bunch of artists, and his might be the best of the bunch. His style shines through, and I was immediately taken back to the early 80s due to the fact that Perillo included the team as well as the big guy. Another well executed piece from a modern master. You can see & purchase Perillo's and the other artists works in the Voltron show by clicking here, and you can see Perillo's piece after the jump... 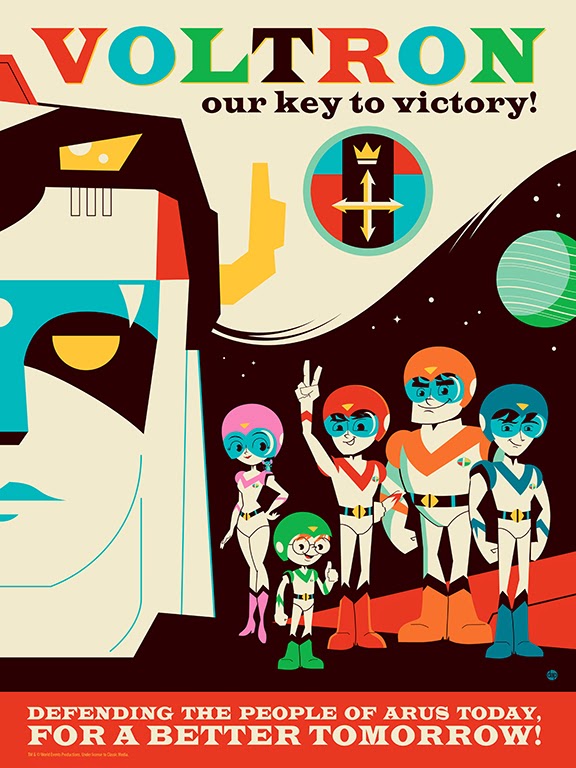