Web comics are killing it right now... and why wouldn't they? They are super easy to upload and distribute to the masses, and once one gets a bit of traction on Reddit, Tumblr or one of the other sharing websites it just tends to snowball. Last week we highlighted a killer take on Batman called The Deal, and this week we take a funny look at 'Carpool Buddies of Doom'. Carpool Buddies focuses on the daily commute of two of the worst villains in the history of comics, Thanos and Darkseid. It is smartly written by Justin Jordan and illustrated by Rafer Roberts. Pretty great... and in the second installment they throw in Doctor Doom to the group to make things even funnier! Great find by my main man Cal, and I will certainly be looking out for more to come from the duo on their site. Check out the first two installments after the jump.... 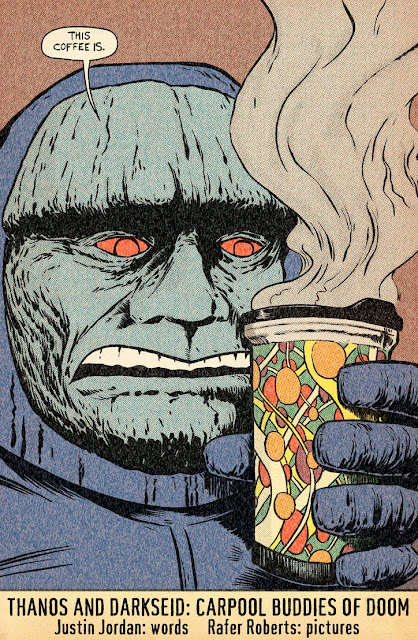 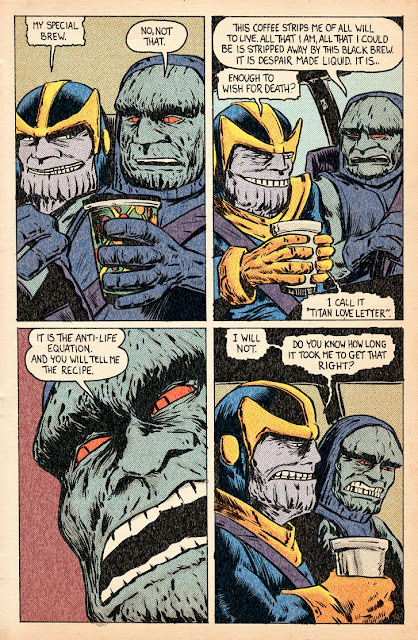 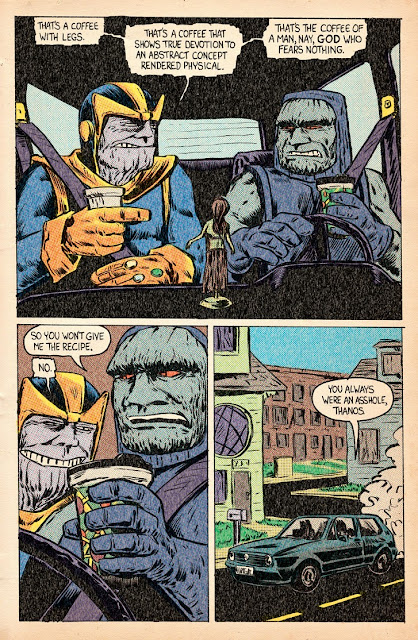 It's such a bizarre concept that I had to share it here.
The artwork just improves the writing as it should. 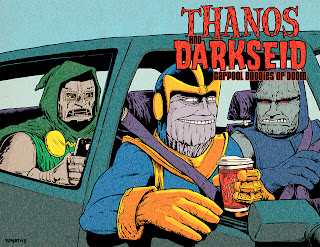 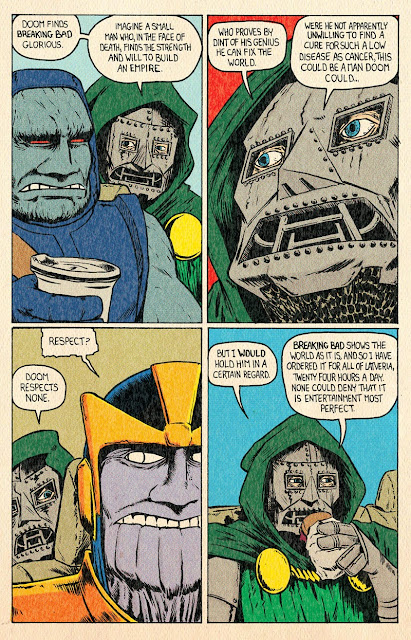 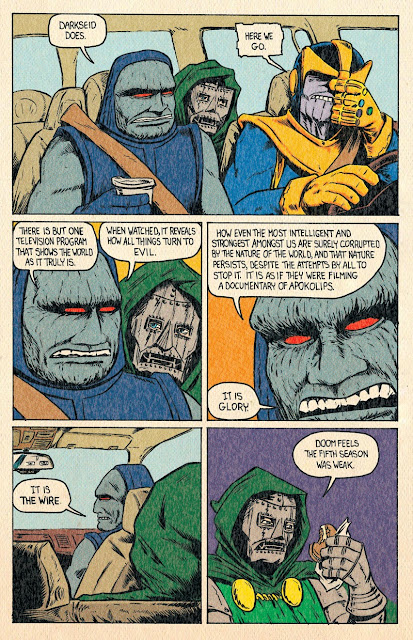 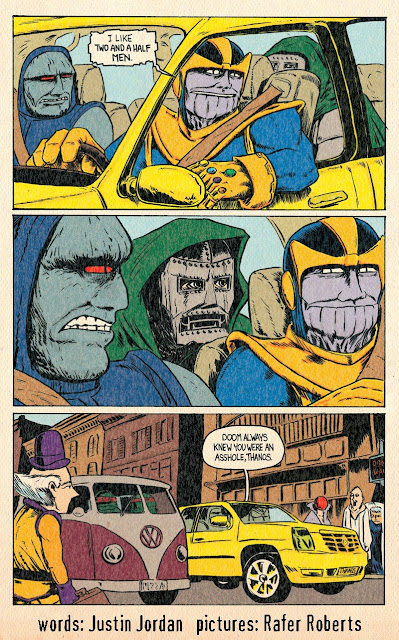