In years past one of the coolest booths on the floor has always been the Lego booth. It is usually huge, and features about 5-10 life size statues compiled of the miniature blocks that often are impossible to comprehend. There are usually themes, like the 8 ft Incredible Hulk that was in the booth last year or the insane Darth Maul... great stuff. They also offer a shit ton of show exclusives, which CCDers Jeff Bond and Joe Fletch often. It is usually the first booth we earmark on our map. But this year, Lego was conspicuously absent from the floor plan. Yup... no booth. WTF??? (check out this article on The Brick Fan that breaks down the "why"...) While the guys and gals over at the Brick Fan may be on to something as to why Lego DID NOT appear this year, it is obvious that the guys who book booth for the NY Comic Con knew that they would be missing a cool booth from the floor and decided to reach out to a company who makes similar products to Lego. Enter Mega Blok, the baby brother to Lego in the snap together toy business. Mega Blok has been around forever, but recently they have acquired some high quality tie-in toy licenses to make sets that will get peoples attention. Halo, Hot Wheelz, Skylanders... yup, those are some big names. So they gave them a booth right in front one of the escalator entrances, and Mega Bloks didn't disappoint! They spent FRi, Sat and Sun dedicating one day to each toy partner (Fri- Hot Wheelz, Sat - Halo, and Sun - Skylanders) and loaded up their booth with huge models of a character from each franchise. These statues were great, and teamed with the constant stream of giveaways and playable toy stations the booth was a hit. Definitely helped lessen the blow of losing Lego. Check out the Mega Blok official blog for a day by day break down of the booth at NY Comic Con, and check out the pics we took (and some we grabbed from the Internet... lol) after the jump. 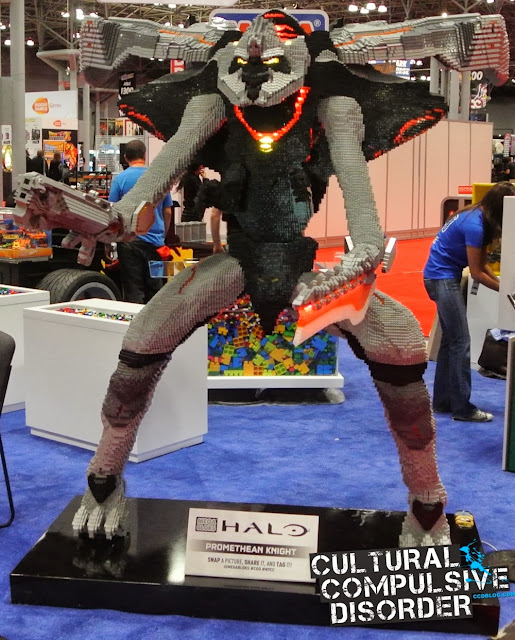 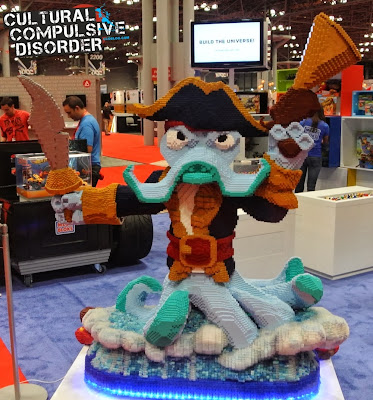 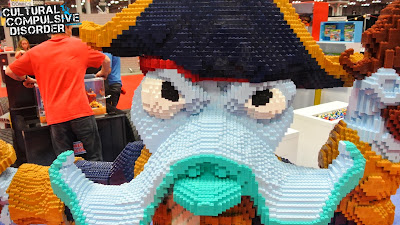 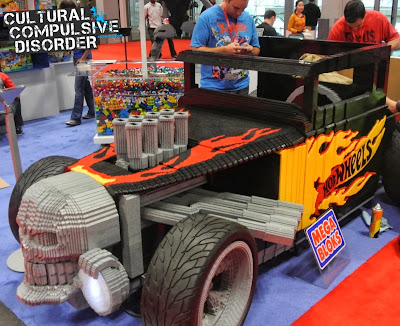 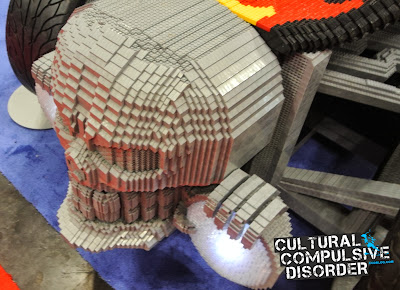 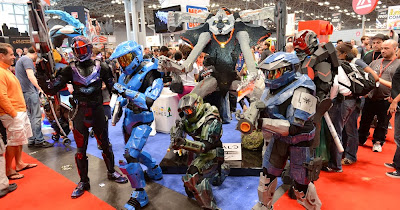 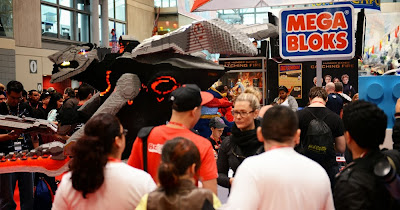 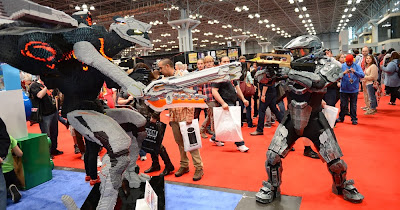 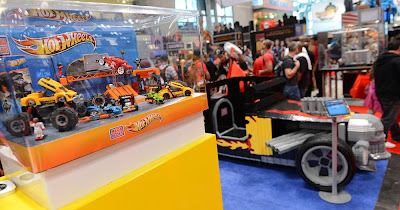 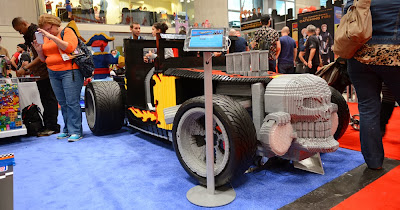 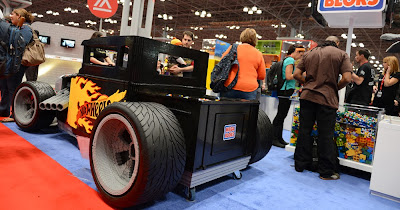