The greatest thing about LEGO Batman - The Movie, is that it's now the ONLY format that I want to see Superhero films made in for the rest of my life. The LEGO designs combined with cutting edge animation, voice characterizations and storytelling is magical. I haven't seen something so cool and all ages friendly in a long time. For a person who has never played the LEGO Batman video game this whole experience was a revelation. Click after the jump for more... 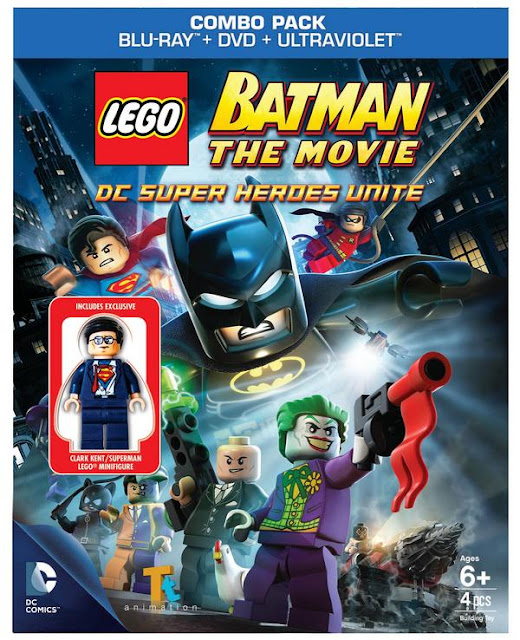 This format allows you to do something the live action films never quite achieved - creating a TOTALLY BELIEVABLE world. These characters fit together. The Joker has a thousand ways to try to kill Batman, who himself has all the great toys to fight and defend himself with.

Batman is a control freak who would rather bully others into going along with his plans because he doesn't have the patience to explain every little thing to characters he thinks are dumber than he is. Watching his many humiliations is hysterical. The story has many laugh out lound moments, many of them taking advantage of the versitility of the LEGO designs - The multicolored Batmobile is just the kind of vehicle I might have created from my LEGO bucket. 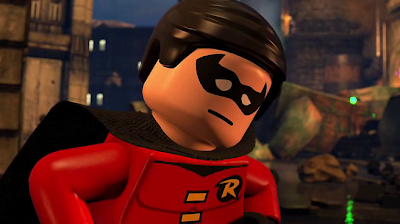 Robin has issues with paying attention to his job and he craves the approval of his mentor. Batman is kinda a dick to Robin who likes how nice Superman is to him and makes sure everyone know it. Robin as a gloomy needy teen who doesn't always get things right becauses he's just learning? Who would have ever thunk it? I love his ennui. It's these little details that charm the most. The writing is so great here.


"You got dressed fast" - Batman 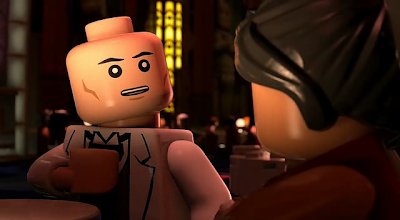 Clancy Brown as Lex Luthor - every damn day of the week. In all the incarnations of Lex Luthor that have been done in the past decade or more, Clancy Brown has been the voice of Luthor. One more level of class to an already classy production. I like how every non-super character THINKS Lex is all upstanding as a Presidential candidate.

"I've heard that Lex Luthor is not so 'upstanding'" - Batman

"Well you MIGHT have told someone. The election is tomorrow." - Commissioner Gordon

Then Superman shows up and Batman has nothing but snark in response to Superman's constantly preaching to him about not making so much of a mess. Superman's last minutes saves are also particularly irksome to the Bat.

The Clark Kent character is a doofus and they introduce him as a airheaded anchorman. Again, no need to bother with making SUPERMAN/CLARK into two separate characters but that is just part of the LEGO 'more is more' philosophy. 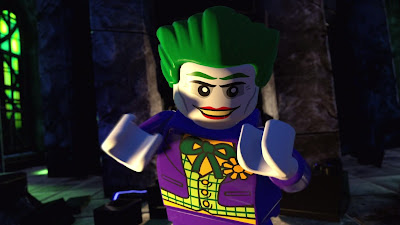 The characterization of the Joker is the true gift here. He is manic and jokey like I enjoy him the best. Dangerous and always looking to break something or hurt something or steal something just for the lark. He's a force of nature and uncontrollable which is why he and Batman are so into each other. You might say Queer for each other but in the best way.

If I haven't said it again - DAMN LEGO, this is beautiful.

The Catwoman is sexy and catlike.

Two Face is truly a conflicted individual. When he loses his coin he can't choose to turn his vehicle left or right.

I am not a gamer but I can see the appeal of playing a LEGO game based on these characters or Star Wars or any of the other franchises Lego has a licence for. Everything is colorful and architecturally beautiful. The design of the characters is also iconic and spot on. There are so many fun tasks that the characters do that it makes me want to learn to play the game myself.

This was made with LOVE. Damn you LEGO. If only you could have loved me when I was a child. But all I got were squares and rectangles.

And then they show up with character specific vehicles to race after each other. More chances to dazzle with the action sequences and every part delivers. The Robin/Catwoman motorcycle chase is particularly fantastic.

I should get something from LEGO for this glowing review.

An attack on the BATCAVE??? Destruction of Bat stuff and trophies? This one hurt to see. 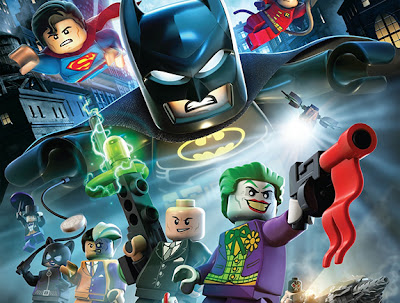 The Deconstuctor Gun that can take apart stuff brick by LEGO brick is a visually spectacular effect. In fact when anything is built or taken apart it's like playing with the bricks yourself.

The final resolution to the story is elegant in it's simplicity. Okay it took me 50 minutes to figure it out but I blame my failure on being distracted so much by all the shiny bells and whistles.

And THEN the Justice League shows up. I think I am going to cry. 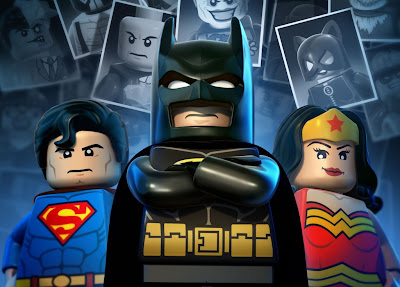 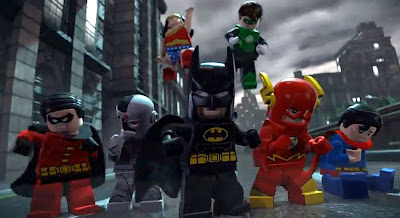 Watching the way Green Lantern's contructs came together brick by brick with that 'clicky' sound effect (that LEGO bricks make when they are snapped together) seems perfect to me. AGAIN - fantastic. 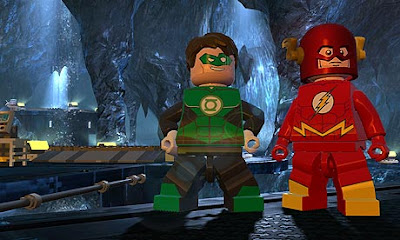 This was truly one of the greatest superhero movies I have ever seen. The action is spectacular and the visual feast that is on display here should not be denied to you or your kids. This is one they will watch over and over again. You might just find yourself joining them more times than you would like to admit.