I have long extolled Freddy In Space as one of my favorite blogs on the 'Net, and by far one of the best horror blogs around. One reason is because my main man Johnny that runs the site is a gentleman and a scholar... lol. But the other reason is that Johnny embraces his role a s a little guy in a big industry, and he realizes that he can't compete with huge blogs for things like exclusive content and set visits. So he sets out to create some original content that is unique to his blog, and he does this by collaborating with very talented people. One of the people he is working with on some of these projects is Frank Browning. Browning is a very talented artists that creates magnificent retro style art with a very unique touch. So he was the perfect choice by Johnny to create VHS styled boxes for modern horror classics that obviously never have been released in VHS format. This is a really cool concept because one of the coolest aspects of renting videos was definitely browsing the boxes at your local mom & pop video store. I have chosen to watch countless movies through the years based on their VHS box art, so seeing some of my favorite modern horror movies getting the 80s retro box art treatment is fantastic. The thing I love about these has to be the various shots that are highlighted... it is not like modern DVD art that rely on one or two pictures, but rather 6-8 smaller photos that may not be of the most important elements from the movie. Take the Trick 'r Treat box for example, which chooses to highlight vampire Anna Paquin and some of the other lesser known characters on the cover and leaves main attraction Sam for a back of the box shot. I am eagerly awaiting round 2 of these, and Johnny has solicited requests in the comment section for movies we would want to see receive this treatment from Browning. Check out the first series after the jump, and get over to Freddy In Space and show Johnny & Browning some love.... 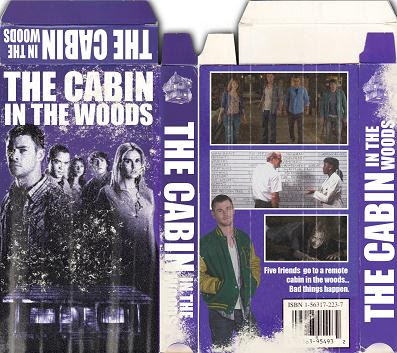 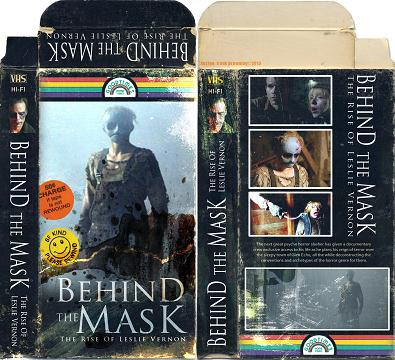 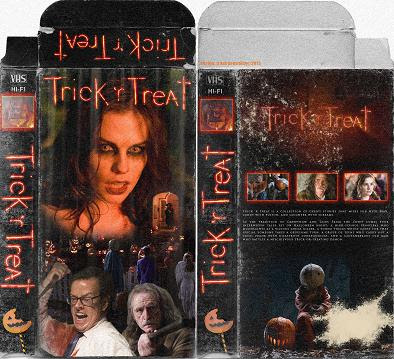 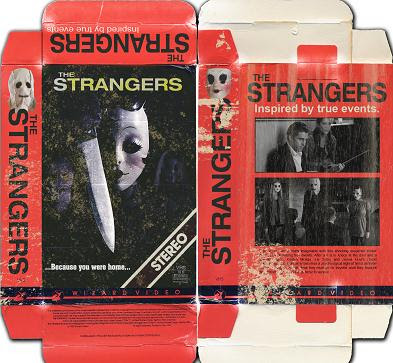 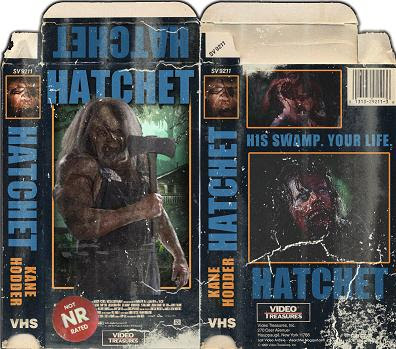 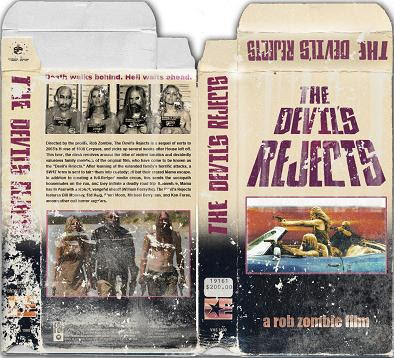