Beautiful Creatures: How Can A Film Be So Good Yet Get The Story Adaption So Wrong? A Rant by Mike CCD

Last night was Valentines Day, and my fiance and I do not like to get caught up in all the schmoes that go out to dinner on that night. Everyplace is packed and uncomfortable, and we hate it. So we decided to take a short drive into New Jersey to attend a movie at an AMC Dine IN Theater. This is a movie theater with super comfy leather recliners, a full on dinner menu, and alcoholic beverages... basically it is heaven on earth. We decided to see Beautiful Creatures, the book adaption that is set to be the next franchise type event series. It is based on a book series by Kami Garcia & Margret Stohl. There are four books in the series, and since Tara and I like these types of books we decided to grab the set about a month ago in preparation for the upcoming movie. The book revolves around two teenagers, a boy that is native to South Carolina named Ethan and the new girl who just moved into town named Lena. In this small town things don't change often, so when Lena shows up as the relative to the town outcasts she starts a stir. But things are a bit complicated because Ethan knows her... well, actually he has been dreaming of her for the past few months. There is something about this girl... and after they begin to connect Ethan finds out that Lena is a Caster (a sort of witch) who comes from a long line of casters. Not only is he dating a teenage witch, but there are many other things that are not quite right in Gatling, South Carolina. Lets just say things get a bit strange... in a good way. As they couple speeds towards Lena's 16th birthday (the day which she is claimed for The Light or The Dark), things get quite hectic. Tara and I flew threw the first book, and we were super hyped to see how it converted to the screen. We got that chance on Thursday, but the results weren't quite what we had hoped for. But they weren't exactly bad results either. Check out the rest after the jump.... 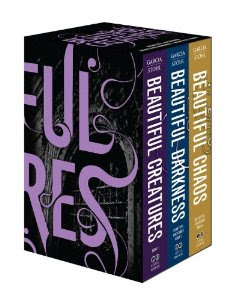 Now like any book adaption, there are going to be differences when it gets adapted to the TV/Movie format. There are some huge differences in adaptions like what occurred when Stanley Kubrick adapted Stephen King's The Shining or when the original Wizard of Oz was adapted from the L. Frank Baum novel.  Sometimes the book to film conversion is spot on, like the Harry Potter books and season 1 of Game of Thrones. There are some differences in HP & GOT, but they are very small. Usually when there are major differences in an adaption the conversion tends to be subpar and disappoints fans of the original work. Especially a series that has as many readers as Beautiful Creatures does. But in the case of BC there are tons of changes that have been made for the film... and changes that don't make a whole lot of sense. This would normally piss me off immensely, but to be honest with you the movie was quite good. How? Why? I am not sure. With the changes that they made, it should have come up way short. But it didn't. How the fuck is this possible? 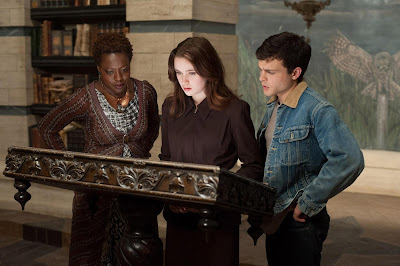 Lets start with the changes. In a broad stroke, there are massive differences. I mean massive. The timeline of the book is shortened from 7 months to 4 months. There is a major subplot of the story (sort of time traveling) that is completely underplayed in the film. No less than 7 MAJOR characters from the book were completely excised from the film. SEVEN... at a minimum, including the fantastic dog character of Boo Radley (How teh fuck could you leave out this awesome dog???). No less than 10 major plot lines were either abandoned or severely altered, mostly because of the characters that were eliminated for the film. And the whole final problem of the book was completely altered. With all of that and more being changed (I am sure I have forgot a ton of stuff that I didn't catch as changed on first viewing) how could it still end up going well? 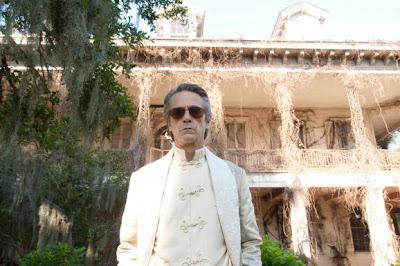 Well, first of all, the cast is fantastic. Jeremy Irons is fantastic as recluse Macon Ravenswood, Viola Davis is fantastic as Amma, and Emma Thompson was very good (as per usual) in the role as the evil Sarafine. Emmy Rossum is also FANTASTIC as Lena's dark caster cousin Ridley. 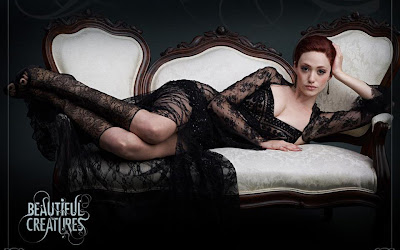 In the book she is a Siren caster, which means she uses her sexuality to persuade people to do stuff. In the book she is hot as shit and dripping sexuality... and Rossum is PERFECT. Cause she is perfect. But I digress. Even with all these great cast members, the real stars of the show are the proverbial stars of the show. Newcomers Alden Ehrenreich and Alice Englert shine as Ethan and Lena. Shine. Like perfect representations of their book counterparts. With all the chemistry and teen angst that the book characters had. This is quite impressive for two newcomers with relatively no experience. And this cast overcomes most of the things that are left out of the book. Most... not all. 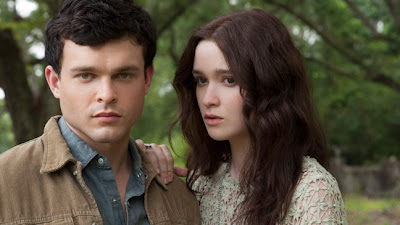 I'm not going to bring up all the plot changes or character subtractions because the movie literally JUST came out last night and I don't want to confuse anybody. But I will say this: The books are freaking fantastic. Read these four books (I am only on book 2, but it is great). They are great. But if you are going to do both (read the book and watch the movie), i would do it in reverse order and watch the film first. That way you are not thrown off by all the various changes. I do expect the film will do well, and I do expect a sequel. So will they turn the franchise back towards the road to reconciling with the books plot lines, or will they keep striking down this alternate path established with the movie adaption? I am not sure. But I know one thing... I can't wait to see more Cousin Ridley (Rossum) & Lena (Englert) with their sexy selves.... 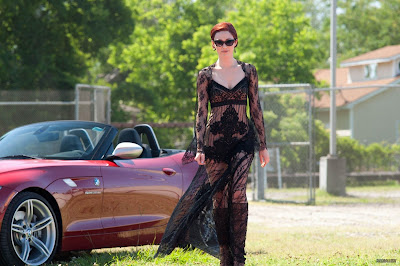 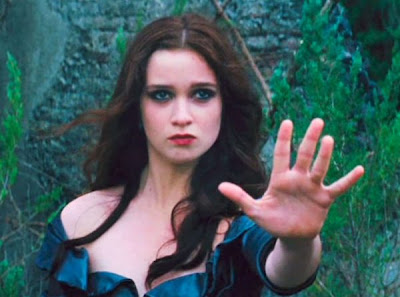