As a true teenager of the 90s I am an absolute Kevin Smith fanboy. I make no apologize for that. I have been on board the Jersey Express ever since Clerks, and after seeing his last movie Red State I don't plan on going anywhere. I even enjoy his mis-steps, like Jersey girl (C'mon, it had George Carlin and he is great in everything. Plus a sexy ass Liv Tyler). But when I attended the road show type screening of Red State last year (click here and here for the details of that screening) I was treated to some terrible information by the king himself. Apparently Smith had planned on doing one or two more films and is going to retire. Retire? What the fuck Kev? You are like barely 40. You can't retire. But then he explained a bit more. He said he was going to retire, but from directing only. He would still blog, podcast, and most importantly PRODUCE TV shows and movies. He wanted to help younger, more inexperienced film makers to get their vision out there, and he had the money/power in the business to do just that. It is bittersweet. But then I get information about a new Jay & Silent Bob Cartoon movie coming out and I am super excited. How excited? Check after the break...

I can't fucking wait for this. First of all, I loved the Clerks cartoons from back in the day. Second, Kevin is backing Steven Stark on his first full length directing gig.If you are familair with Smith's Smodcasts than you know Starks work on the Smodimation shorts that litter Smith websites and hundreds of affiliate shows. Third, we get Smith & Mewes doing Jay & silent Bob, and we don't have to see them old. That is so key! I want more of Jay & Silent Bob Strike Back, sure. But do I want to see thoe guys at over 40 years old doing that schtick? Not really. The cartoon version makes them 20 somethings forever, and that is how I want to remember them. Here is the blog post that smith made announcing the project and then there are two posters  promoting the films release:

God damn! I said God DAMN! Starks killer animations, production by Smith himself, a crazy voice cast, and a road show type screening experience similiar to what they did with Red State? Yeah, i'm in! Lets go!!! I am sensing a CCD road trip for this one. Here are the posters: 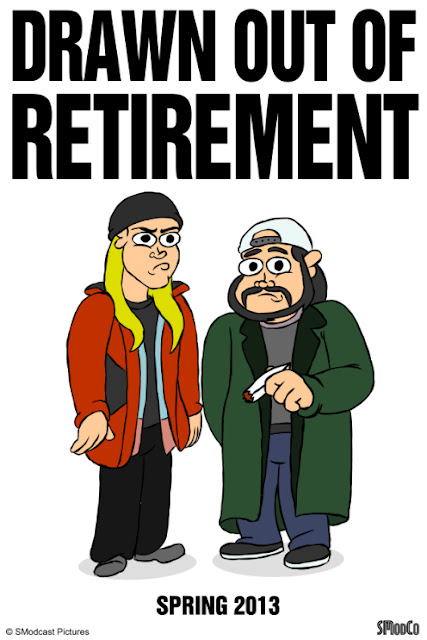 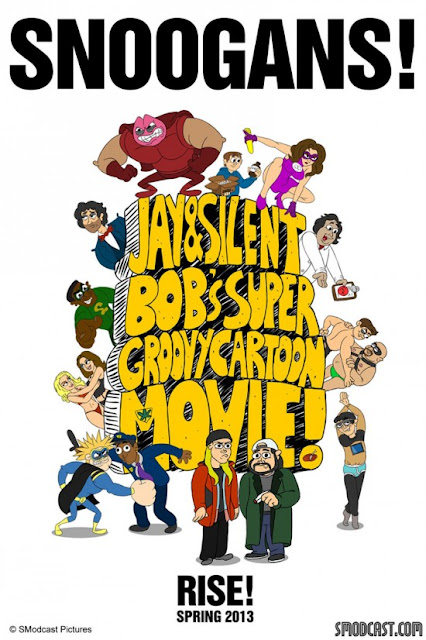