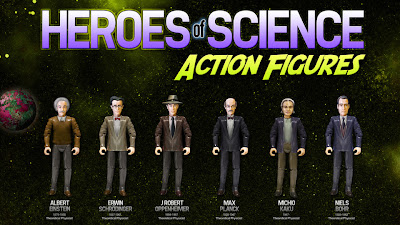 When I was teaching I always had a budget to buy cool little experiments or models for my science classroom. Nothing cooler than playing around with the model of the human digestive system just out of the box. For sure I would have scammed someway to get the whole collection of these action figures representing the great minds of science. It would be nice to see more females represented but aside from Jane Goodall, who else would you add to the set?

See more after the jump... 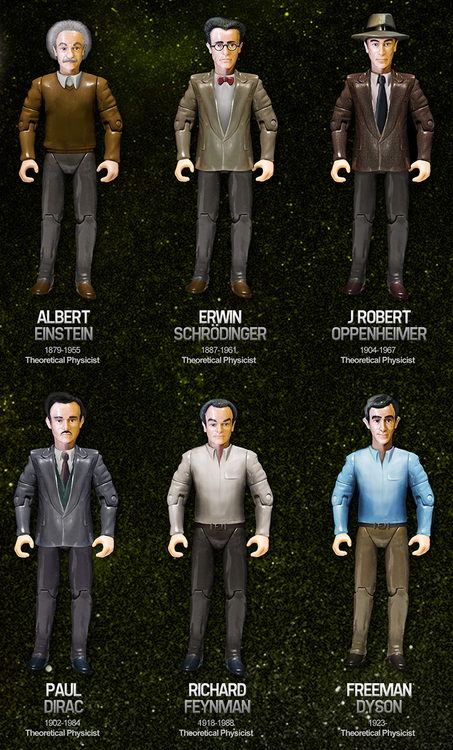 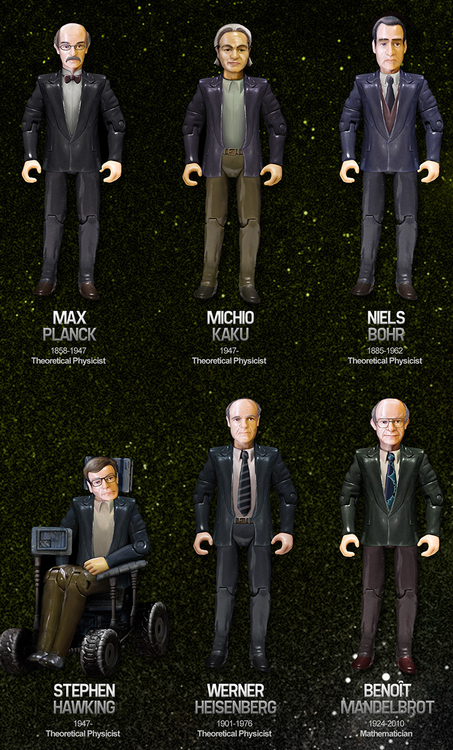 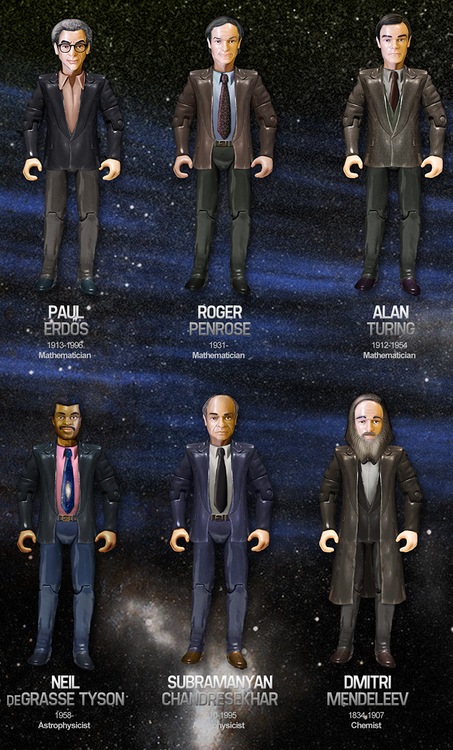 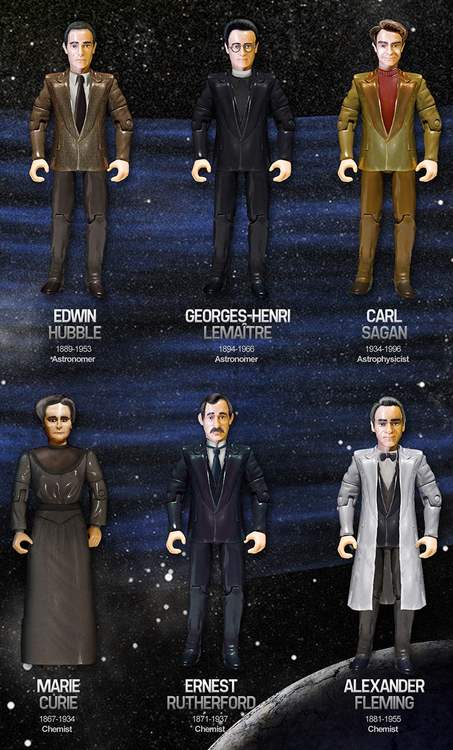 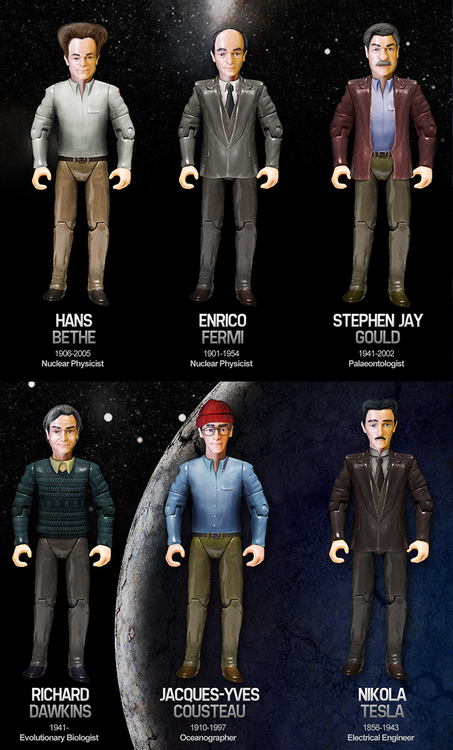 Now before you run out to look for them I am sad to say these are all customs made by datazoid. who explains why he digitally created them in the first place. This is why we need 3D printing technology to advance. I would whip up a set in a second if I could. Datazoid is already on to his second set which you can see below. Someone at least sell me the poster.

I like action figures. I have a small collection of them. I've noticed that you can buy Albert Einstein figures, Nikola Tesla bobble-heads and The Simpsons even brought out a Stephen Hawking figure based on his appearance in an episode. However, I thought it'd be really cool if there was an entire series of them, based on all of the people who've contributed to our understanding of the world and the universe it sits in.
The figures are all based on Star Trek: TNG and Star Trek: DS9 figures (primarily Odo from DS9, and Picard as Dixon Hill from TNG), and have been heavily modified in Photoshop using Liquify and a great deal of digital painting. Unfortunately, the figures aren't real. I wish they were.