Every once in a while great minds overlap each other and think about similar geeky obscure shit. When it happens it is truly mindblowing to everyone involved. This happened to me a few weeks back. I was on my way to buy some comics with my main man Tommy Lombardozzi when he told me that he had be doing a lot of art pieces consisting of old Jack Kirby monsters. He had just finished a really cool one, called Goom, and wondered if I had ever heard of the character. Turns out I have... because Goom is a favorite character of MY FAVORITE blogger Cal over at The Cave of Cool! Cal blogs about Goom & his son Googam all the time, and now Tommy is telling me he just completed a rendering of this obscure character... weird how it all crosses over, right? Anyway, the story gets cooler. Tommy did the drawing in black & white, and said he was going to add color later. But when our buddy Sean Hartter saw the B & W picture on Tommy's Facebook page he couldn't resist and decided to color it himself! The results are spectacular... a proper tribute to King Kirby if I do say so myself! Tommy is a killer artist and is trying to recover from losing most of his apartment in Hurricane Sandy, so please get over to his website and buy some of his amazing art. You can see both the Black & white and Color version of the Goom drawing after the jump... enjoy!!!! 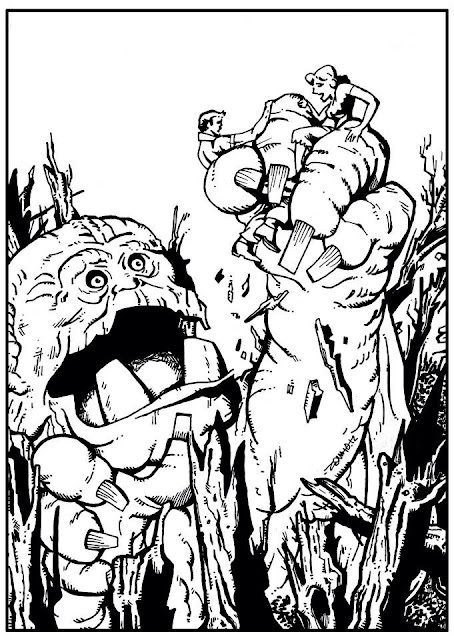 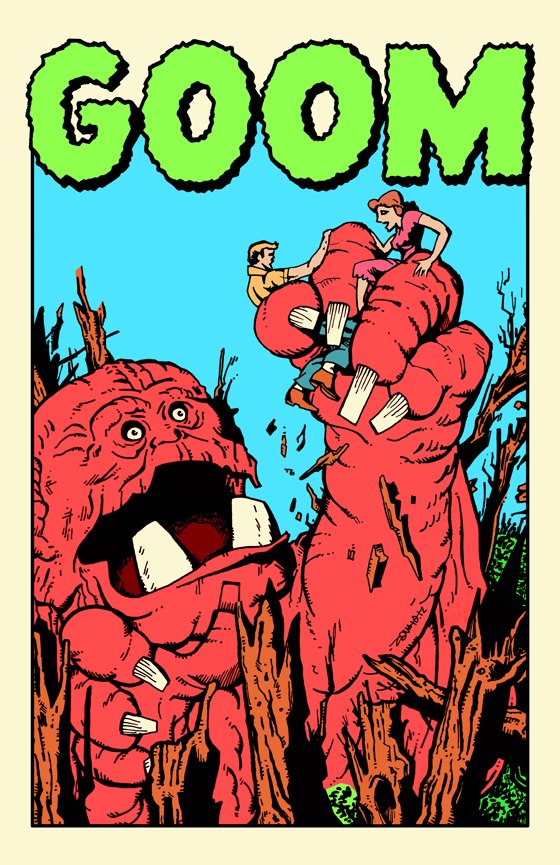