For a comic book based on a toy Marvel Comics got a surprisingly amount of mileage out of this concept. This light-up robot toy is one of my Holy Grail figures. If you ever see one about, stick it into your jumper for me.

Read more after the break... 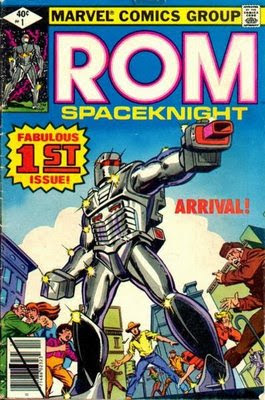 To build interest in the toy, Parker Brothers licensed the character to Marvel Comics which created a comic book featuring Rom. The comic expanded on the premise that Rom was a cyborg and gave him an origin, personality, set of supporting characters and villains, as well as interaction within the Marvel Universe. The comic was written by Bill Mantlo and initially illustrated by artist Sal Buscema. 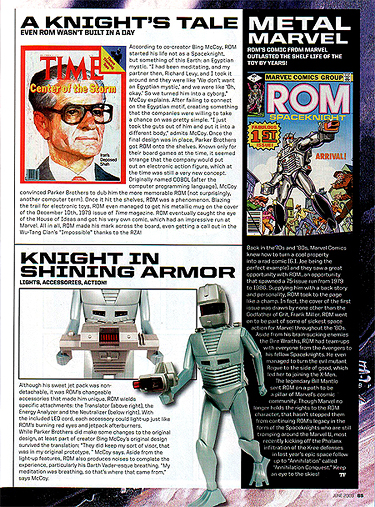 Ultimately, the toy failed and only sold 200,000 to 300,000 units in the US, with creator McCoy blaming the failure on poor packaging and marketing. Parker Brothers subsequently abandoned the line and returned to manufacturing board games. 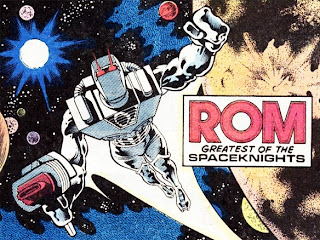 Regardless and with some irony, the comic book outlasted the toy which it was created to support. The series lasted for 75 issues over a seven year period, with Rom's regular encounters with mainstream heroes and villains establishing him as part of Marvel continuity. 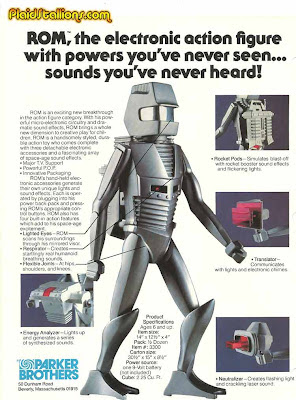 The comic expanded on the simple premise that Rom was a man who gave up his humanity in order to become a powerful robot - A Space Knight. His new powers allowed him to fight his planet's greatest enemy, the shape shifting Dire Wraths. After the Wraths were victorious, Rom pursued them across the galaxy eventually landing on Earth.

The comic gave him contact with the rest of the Marvel Universe. It made Rom the most perfect co-star comics because he could easily slip into any conflict and fight with any character.

His appearances often enhanced the stories he was included in. It also helped establish Rom's enemy - the shape shifting Dire Wraths as a major threat across the planet. 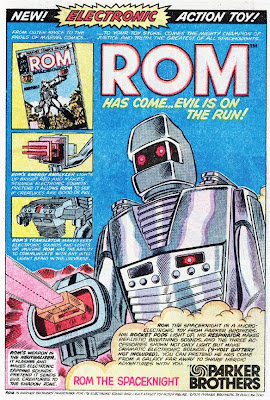 Rom was armed with three devices - An ANALYZER to identify the hidden wraiths and a NEUTRALIZER to banish them all to LIMBO.

He also had a convenient UNIVERSAL TRANSLATOR.

This simple concept allowed Rom to move around the planet and interact with all it's inhabitants. Since he was able to recognize the Wraths no matter what shape they had taken, he battled them across the planet. Often this put him in conflict with Earth's heroes and villains.

This all led up to Rom eventual reuniting with the other Space Knights and regaining his long lost and lamented humanity. 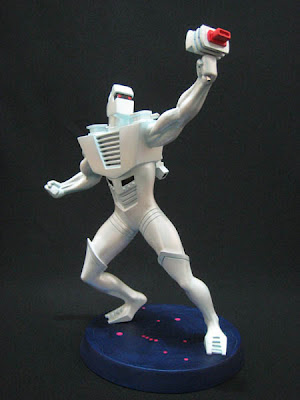 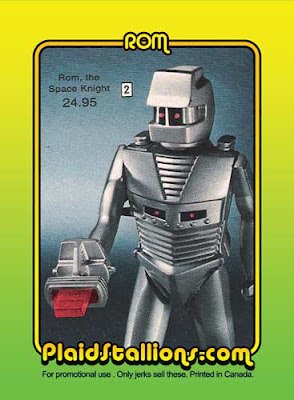 Taking a chance, in 1978 Parker Brothers came up with their answer to the Sci-Fi craze created by Star Wars...ROM The Space Knight. At the time, he was one of the most hi-tech toys marketed. His box reads "Here, on a bright new horizon, stands a figure of modern electronic technology." Ok, so they were a little overboard there, but at the time, this was pretty advanced. ROM featured lots of lights, noise and accessories. He came with a battery powered backpack that has two buttons and is used to create the sounds and trigger the light. A wire connected the backpack to the accessories and ended in a light bulb that plugged into each. The classic sounds ROM emit are unmistakable. Check out the ROM Sounds section below to hear them!

Go HERE to hear the sounds that the toy made. 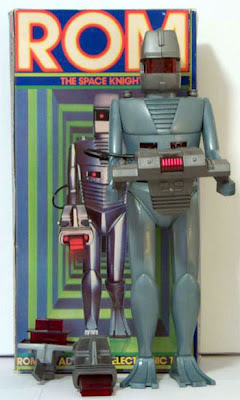 I actually have a letter published in the letter page from an issue of ROM that was read by a Vietnam vet who was spending his last months in a VA. Hospital in Michigan. We wrote to each other (in the days before the Internet) and talked comic books and life and after he died I received his last letter in a package that contained the first 35 issues of ROM.

I had mentioned in my letter to the comic that I was searching for back issues of ROM and I guess he chose me to give that part of his collection to. The hospital told me that he had a storage locker full of comic long boxes and much of his collection went to hospitals and orphanages overseas.

I rarely see this figure offered for sale online. I would love to see one in working order with all the lights and sounds that were offered. I think it's good that the figure is the only one created for a lost line of toys. Who knows how successful the franchise could have been with a toy line that supported the comic series and vice versa. In the 80s that was the kind of synergy was what everyone was looking for. They thought only a combined cartoon, comic book and toy line would lead to success. 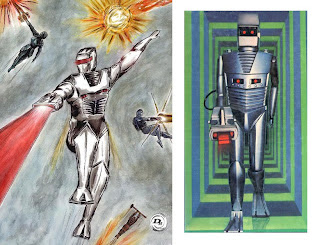 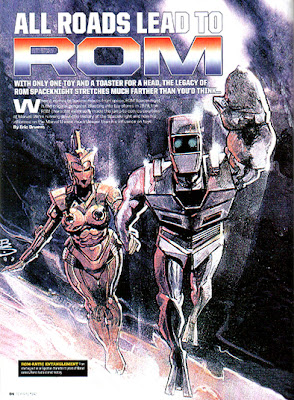