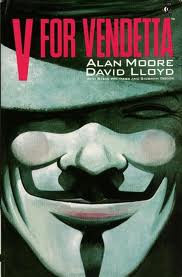 There are fewer comics that I actually have enjoyed in my life than V for Vendetta... yup, I said that out loud. And I don't care. Yeah, I know Alan Moore is a kook who has the look of a street urchin and makes ridiculous comments about the adaption of his works... especially V for Vendetta. Boy did he tee off on that one. But the story is fucking amazing, and the art was way ahead of its time. And I for one LOVED the movie adaption put out by The Wachowski Brothers... even if Moore fucking despised it! But one thing that constantly gets overlooked is that Moore's artistic counterparts often get overlooked when people rave about his works. Sure, comic geeks know David Gibbons drew Watchmen (as well as plenty of other great comics). But he is rarely looked at as an equal creator. Which he most certainly is... Moore might have scripted the drama, but Gibbons is the one who gives visual life to the characters. The artists on these books are often overlooked in the importance of bringing them to life, and that is a travesty. Which brings me to the point of all this... this past week I got the chance to meet and interview one of my personal idols in the comic industry, a man by the name of David Lloyd. Now for those of you who may not know just who David Lloyd is... well, you probably do and don't even know it. Ya see, Lloyd is the man who drew V for Vendetta. Yup, the guy whose name you probably don't know if responsible for that Guy Fawkes mask that V wore and yuppie Occupy protesters wear while protesting whatever it is they protest... he conceptualized the whole character and drew one hell of a book. And yet Moore is the only one people mention when discussing V for Vendetta. And that just sucks. 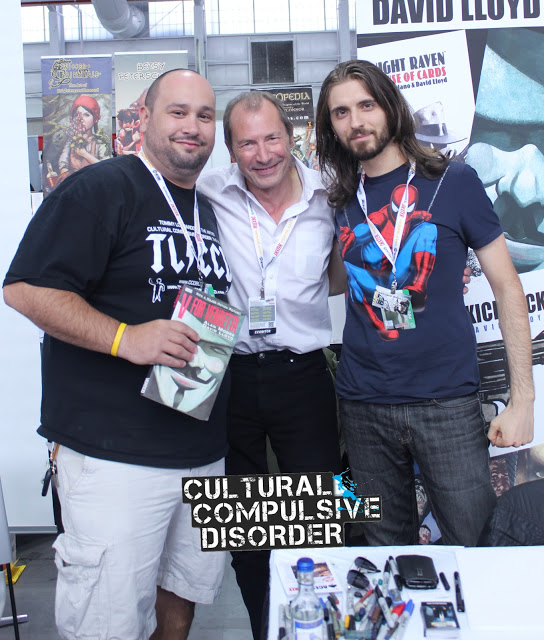 I contacted him via the email that I received through the press core releases, and he promptly emailed me back to come stop bye his booth. I jumped at the opportunity, and was met with a reception that I certainly do not deserve. David was smiling from ear to ear when we arrived, and he sat at the table and chatted us up for a few minutes getting to know us and answering a few background questions about his newest project (an online collaborative comic series called Aces Weekly... watch the video interview for all the info!!!) and getting comfortable. It also helped that he was drinking wine at 12 noon... he was loose, chilling and ready to chat. What followed was no less than a miracle, as we sat and talked about things new and old for over 15 MINUTES (that is a hella long interview off the cuff with no prepared questions!) that I thought went extremely well. Check it out for yourself:

Yup, the dude was candid as fuck and one hell of a guy to meet. I loved all his comments about the Wachowski version of V and how much he loved it... all the while, he did his best to be diplomatic about Alan Moore being a whiny bitch (I prodded him a bit to get him to talk a little shit about Moore and his whiny antics, but he didn't buy in!). He also took a little time to sign my graphic novel copy of V for Vendetta, and he even added a nice color pencil side profile of V himself!!!! 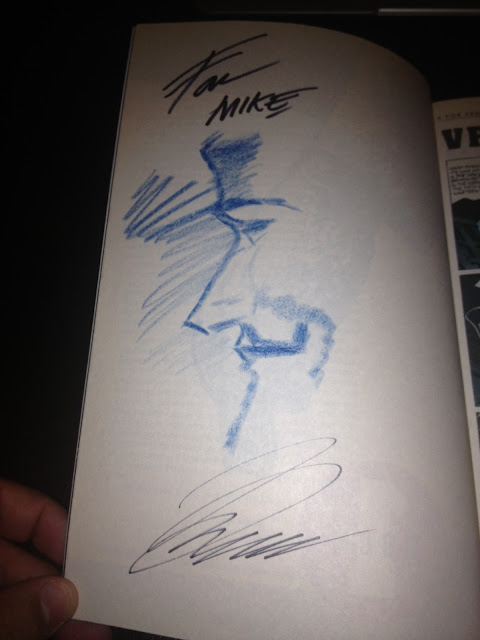 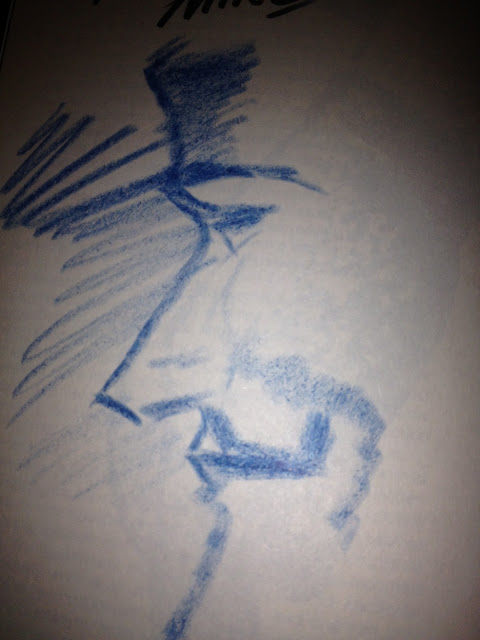 The most important thing I took away from the interview had to be that Lloyd is a very down to earth and is quite in touch with the digital revolution that is facing the comic industry right now. Aces Weekly is offering really great original comics in serial format, so for $9.99 you get 7 weeks worth of comic content! Each volume contains six separate stories, and you receive a few pages from all 6 stories every week for 7 weeks. When you finish your seven week run you have over 210 pages of amazing comics... and the best part is that you don't have to download it to your device, you get access directly through the site! It also helps most of money generated by the comic stay in the hands of the creator, instead of publishers and printers getting the lions share of the profits. Pretty great deal, considering you are getting 6 total story lines for the same price as a mere three physical comics. Click here to get more details on Aces Weekly and subscribe today!

All in all, it was great to see and meet David and express my love for his work. I loved to hear his stories about the development of V for Vendetta and all the cool shit that went into creating such an iconic book. One meeting crossed off my comic bucket list! Thanks for everything David... keep fighting the good fight!