Timothy Anderson is a poster artist that has had some great ideas in the past. He killed some of Science Fictions greatest films as pulp novels (I featured him on Director's Live a while back), and now he is making the rounds with some wonderful Star Wars original trilogy posters in the vein of Western films. These posters channel the spaghetti western film posters of the past and are absolutely stunning. He is also selling these puppies in a crazy huge 24 x 36 inch poster format for just 40 bucks a piece, and you can score all three for 100 bucks. That is a wonderful price for prints that size, and I think the three of them would make a nerd wall much more complete. I think it is great that Anderson chose to highlight some of the m,ore minor moments of the films to use as subject for the posters, such as the stand off between Han & Greedo for Star Wars. I also like that he went with the Italian language on the posters. Real classy stuff... You can check out & buy more of Anderson's work by clicking here and see the Star Wars posters after the jump... 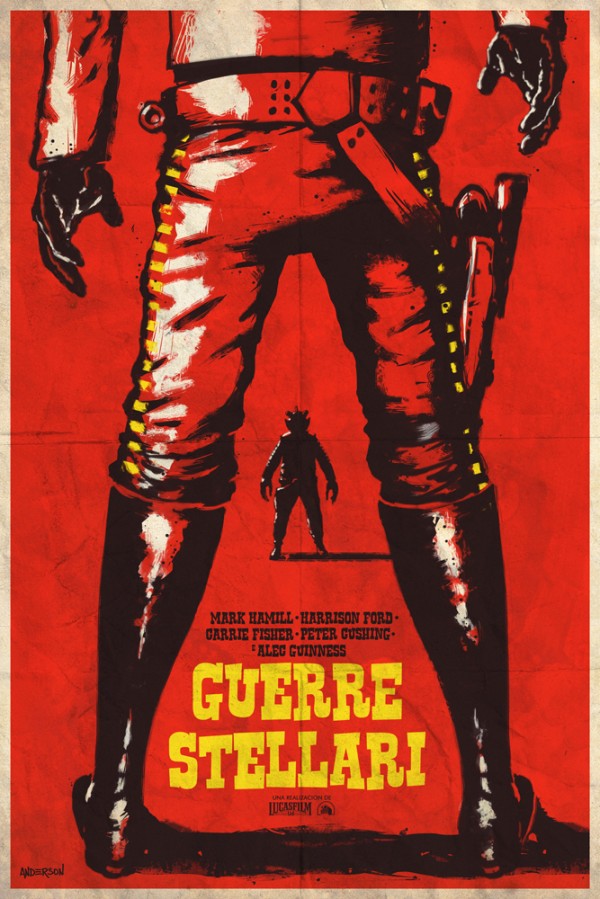 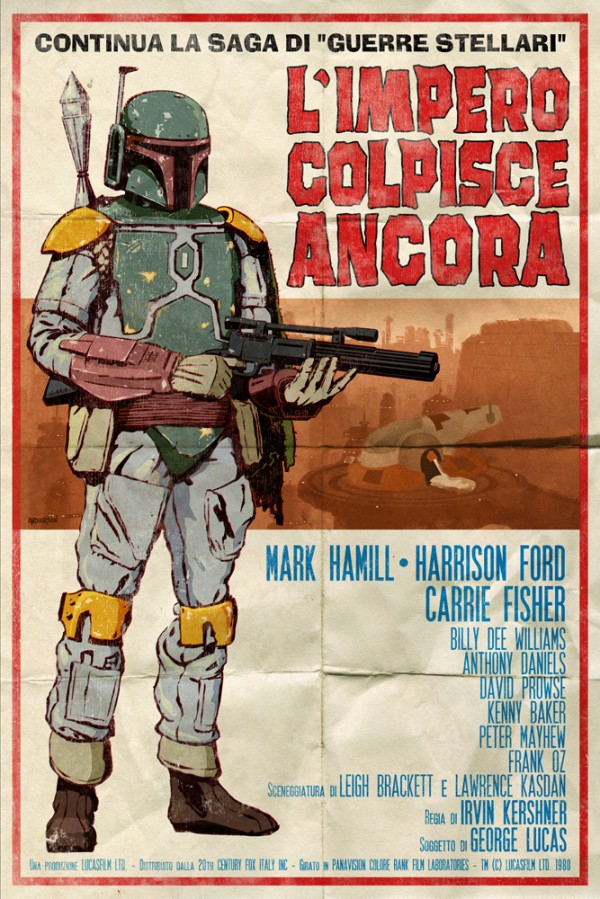 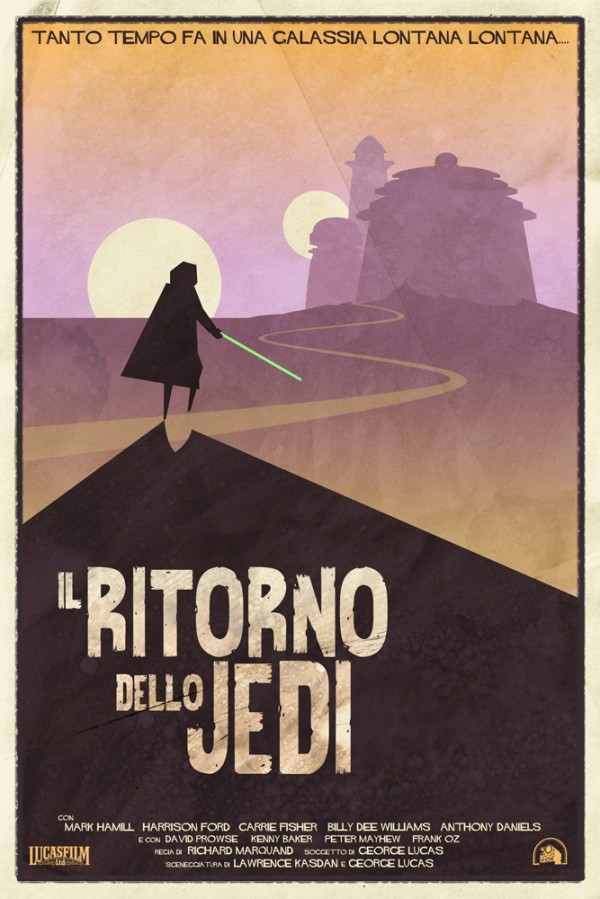