'The Dark Knight Rages' - Does Batman Ever Game Rage?

I love all the Batman fan video that have been hitting the Net in the wake of the release of The Dark Knight Rises. They have been awesome, and vary from gritty fan films (Batman: Nightwing) to awesome stop motion films featuring toys (Batman: Dark Knightfall) to awesome parody music videos like Remember Bane... They are all one better than the next. But today's entry brings us one of the more humorous ones I have seen so far. Check out The Dark Knight Rages after the jump, which takes a look at what really happens back at Wayne Manor with Robin when they are trying to kick back and relax a bit. The results are priceless.... 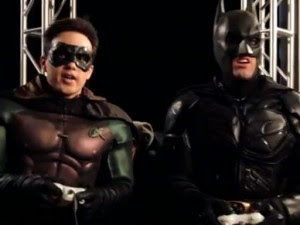