I am completely enamored with Breaking Bad right now. I watched all of season 4 immediately after it was made available on netflix and I would be willing to stack that season of episodes up against just about any other shows individual season of all time. I think it was a tour de force for creator Vince Gillian and mad em efeel really great about watching TV for the first time in a while. So for all my fellow Breaking Baddies out there, here is a little double play worth of action. First up I have a cool as split screen poster of Mr. White & Hiesenberg from artist Shadowtuga that highlights both sides of the complex character that is Walter White. Next up, there is a cool ass video featuring the wit & wisdom of Mike, probably one of my favorite characters on the whole show. So wonderful. Enjoy both of them after the jump and lets see how this final season plays out.... 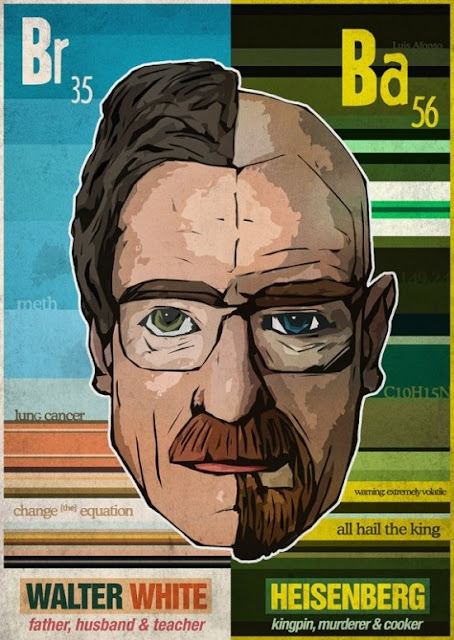 and now the video: