Pulp Fiction is a masterpiece of a film... a true originator in the art form of flashback/flashforward story telling. It was the second time Tarantino used that flashback/flashforward format (Reservoir Dogs jumps all over as well) that we often see imitated by many other directors. While the story itself is pretty simple to put together AFTER you watch it (especially as many times as I have seen it!), the true layering of the story is pretty intricate. Cue Noah Smith, a graphic designer and self confessed Tarantino enthusiast, who wanted to create the definitive infographic to properly organize a timeline of the events in the film. The following is so amazing I can't really do it justice with words, so I will direct you to hit after the jump and check out Smith's masterpiece or you will get a visit from Jules Winfield, the Bad Motherfucker above!!!!

If you need to see the info-graphic larger, click here. 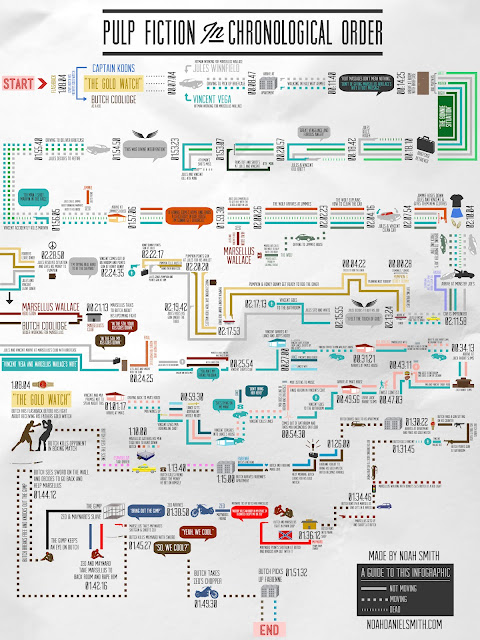