'Paths of Glory' by Jay Shaw For Mondo

Mondo makes some killer posted, most of which get posted all over the Internet on many sites similar to mine. That is partially the reason why I don't go crazy re-posting them, because you have probably seen it elsewhere. But they have and up and coming artist (who has been around for a minute but is gaining momentum as the premiere guy at Mondo) Jay Shaw (aka Iron Jaiden) who is doing incredible things with the opportunities he is given. One of his most recent posters has to be his take on Stanley Kubrick's 'Path's of Glory', which is one of the greatest war movies ever made starring Kirk Douglas. Douglas ended up picking Kubrick to replace the director in Spartacus because of what he saw in the young film maker, and that launched him into the stratosphere as a Hollywood legend. It all started on 'Paths of Glory', and Jay Shaw brings a great poster to commerce a excellent film. 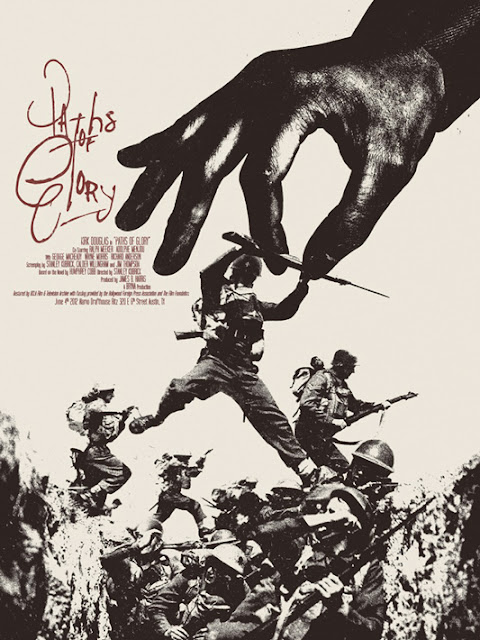