Now This Is The Bond Movie I Want To See...

With Sam Mendes heading up the next chapter in the Bond franchise (entitled Skyfall) we here at CCD are eagerly awaiting the next Craig entry. It should be a lot better then 'Quantum of Solace', and hopefully they can re-capture some of the magic from 'Casino Royale'. But what if they wanted to take the franchise in a completely original and different direction?   Artist Ninja Ink decided to test this hypothesis by coming up with his own original idea for a Bond movie entitled "Only The Good Die Twice", and for this one he is not only featuring Daniel Craig but also the original James Bond himself... Sean Connery!!!! Click after the jump for a full synopsis and movie poster for this fantastic idea... "Only the Good Die Twice" is a spy story set within the fictional James Bond universe. Through the prologue, it is revealed that the name "James Bond" is the codename for agents with 007 status and that the original James Bond from the Cold War (played by Sean Connery in a returning role) has gone rogue and is now the head of SPECTRE. The current Bond is tasked by MI6 to stop him before he can initiate a global thermonuclear war.

And here is another poster from Ninja Ink: 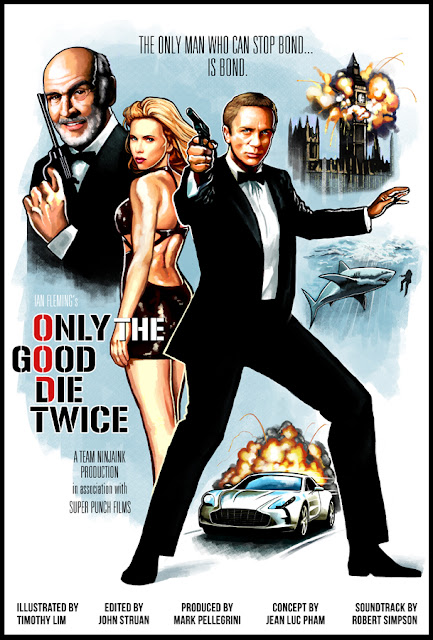