Welcome To The World Of Skyrim by Edson Melendez

Note: This isn’t a full review as I have only played about 12 36 52 hours of Skyrim,  I’m nowhere near the end

I have been a fan of The Elder Scrolls since the first release of Arena in 1994 on the PC and the subsequent releases Daggerfall, Morrowind and more recently Oblivion, so when Bethesda announced Skyrim I was obviously excited. I can now say that everything I expected for the game was answered and more.
Each Elder Scrolls game follows a unique story set in the world of Tamriel. Skyrim which is the furthest north most continent is home to the Nords a Viking type culture steeped in tradition ritual and lore as are all the races in this world. You play as the “Dovakiin” or Dragon-Born a person who has the soul of a Dragon.

Click after the jump for more of Edson's review of Skyrim... 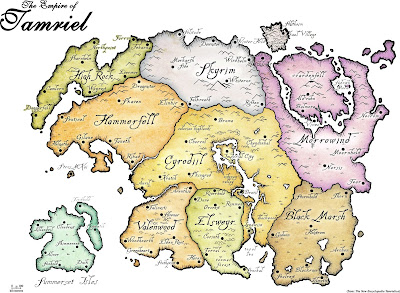 Everything aspect in the game has been tuned to feel more organic from character creation to skill progression, You know longer have to worry about what class to pick as the only choice besides your appearance is your actual race which comes with different bonuses. Your skills develop as you use them throughout the game. Want to be a thief? Then spend your time sneaking and picking locks and pockets. Feeling a bit more warrior-ish? Focus on one or two handed blades and shields. Practice spellcasting and study the arcane arts you get the picture. 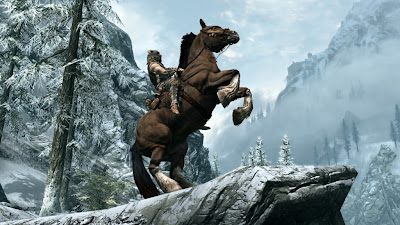 The beauty of the game is that you get to play in whichever you style you want and in itself that freedom lies the burn. You will be playing this game for a long, long, long time. I played Oblivion for well over 90 hours when I was all said and done and I expect this to be just as long. As it stands I’m currently 36 hours in and I have only completed about 5 main storyline missions. 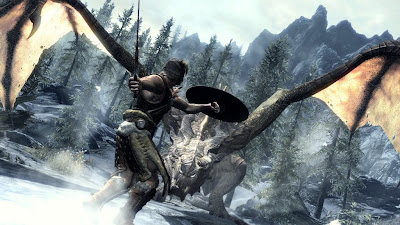 I would like to tell you more about the game but it’s something you truly have to experience. I know that seems like a cop-out but it’s true. No one’s play through is going to be the same. Hopefully you’ll give this game a chance if you’ve never played an Elders Scroll game and if you have played before and liked the series then go grab a copy and I’ll see you in the dungeons. 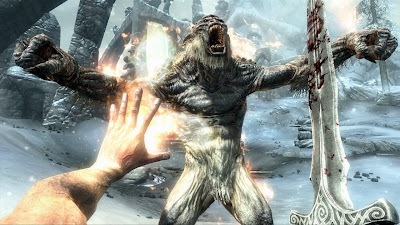 Oh and here’s a tip. Don’t piss off the Mammoths. Trust me.

The Elder Scrolls: Skyrim is available now on the Xbox360, PS3 and PC 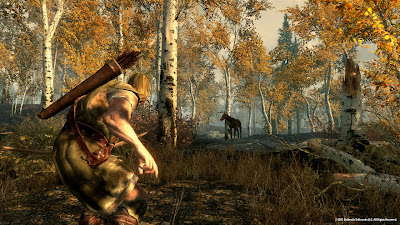