In some very cool news, a short film by legendary horror director John Carpenter has been unearthed in the USC archives. From the Hollywood Reporter...

Just in time for Halloween, the first student film from famed horror director John Carpenter has been found in the archives at the University of Southern California and will be restored with the help of a grant from the National Film Preservation Foundation.

Click after the jump for the rest of the story... 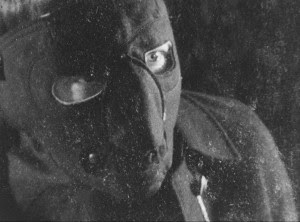 Carpenter wrote and directed Captain Voyeur for an introductory film class at USC’s School of Cinematic Arts in 1969. About eight minutes long, the black and white film has visual and thematic ties to the writer-director’s 1978 classic Halloween, according to Dino Everett, the archivist who discovered the preprint materials in a negative at USC’s Hugh M. Hefner Moving Image Archive.

Captain Voyeur follows a man at a boring computer job who eyes a woman at work and follows her home. He dons a mask and attempts to kill her but is shot by his co-worker.
Everett told The Hollywood Reporter that at one point, the voyeur puts on a pair of glasses over his mask, much in the manner that Michael Myers wore glasses over the bedsheet covering his head in the Halloween prologue. Like the 1978 film, much of Captain Voyeur is shot from the point of view of the attacker, and the woman being stalked “could have been a young Jamie Lee Curtis,” she resembled the Halloween victim so strongly, Everett noted.

On the job for only a year, Everett said he heard rumors that Carpenter has “stolen his films” from the school, which owns the works. “I didn’t believe that,” he said.
Everett pulled a negative -- “thankfully, it was in great shape” -- and in the middle of the film up popped a hand-written credit that says “Written and directed by John Carpenter.” USC has not yet told Carpenter about the discovery.

The Hefner archive will handle the restoration using the grant of $1,000 from the NFPF, which targets for preservation newsreels, silent-era films, documentaries, culturally important home movies, avant-garde films and endangered independent productions that fall under the radar of commercial preservation programs.

Captain Voyeur would have been done before The Resurrection of Broncho Billy (1970), which Carpenter co-wrote, edited and composed the music as part of a team at USC. That film won an Academy Award for best live action short film. 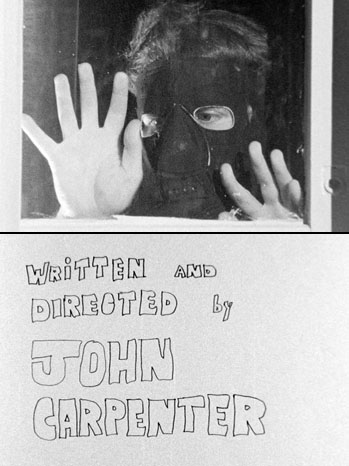 How cool is that? It's always a thrill to see a Director's early beginning and try to connect the dots backwards. For someone as iconic as Carpenter it's pretty amazing to find something this rare for the first time at this stage of his career. Can't wait to see it.
Posted by JediRob at 1:59 AM