'The Thing' Prequel Is Starting To Shape Up Nicely 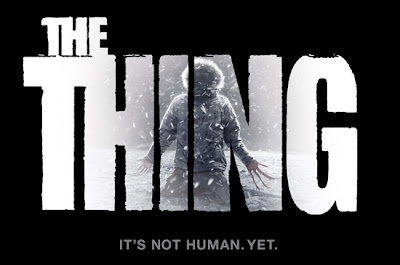 Last October at the 2010 NYC Comic Con was the first time any official word on The Thing prequel being released came out. It was scheduled for a spring release, then was immediately pushed back to fall 2011. In my eyes I would rather the company take a little time and get it right, so the push back didn't bother me any. Plus, the movie had the lovely and extremely sexy Mary Elizabeth Winstead (Ramona in Scott Pilgrim and a fave of mine) in the lead... so given how much I like her, I was always rooting for it to be a success. After seeing this weeks official poster release and the first trailer, I'd say things shaped up rather well. See for yourself:

Now that looks pretty bad ass!!! Mr. Eko from Lost (that dudes name is IMPOSSIBLE to spell) just makes the cast even more appealing, and I am really eager to see Winstead in a lead. I know people have been highly critical with the abundance of reboot/remake/reimagining of properties lately, but in my eyes this is a good way to do it. We all have seen Carpenter's original, and there is a story before the story. Let's hope this film adds something to the original film in the series and does Carpenter some justice. And lets hope Winstead's shirt accidentally gets ripped from her body for an extended period of time. One can hope can't he?

The Thing opens in October 2011. Are you going to check this one out? Let us know in the comment section below!!!
Posted by Mike D. at 7:48 AM