'Juan of the Dead' Looks Like Alot Of Fun... I Just Wish It Had A Better Title 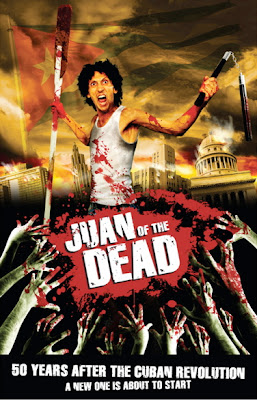 The preview trailer for 'Juan of the Dead' is making its way around the internet. It is being dubbed as "Cuba's first horror movie" and it looks like a hell of alot of fun. But the title is terrible. Its a complete rip off 'Shawn of the Dead', which itself was a play on 'Dawn of the Dead'. Not to mention that countless other low budget zombie movies that have "... Off The Dead" in the title. So this is a rip off of a film title that itself was a play on words. For something that looks so well shot and interesting, it sure seems pretty generic. The trailer still looks quite fun. Thanks to /Film for providing the trailer. Shitty title or not, I am checking this one out!!!!