Lot's of big new coming in from SDCC and while this isn't as big a reveal as The Avengers trailer, I think it's pretty damn great. 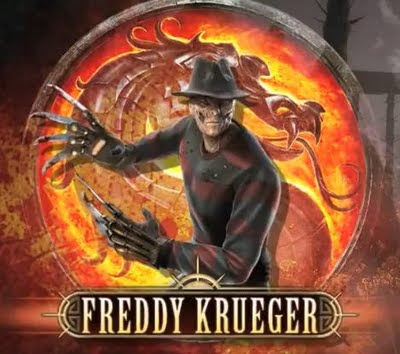 Warner Brothers Interactive announced that Freddy Krueger will be a playable character available as DLC in the latest Mortal Kombat game.

Pretty cool stuff. A couple of criticisms; it does unfortunately seem that this is not the REAL Freddy, meaning the classic Robert Englund. Rather it's the Jackie Earle Haley version from the recent useless reboot. Guess they still have their hopes set on a sequel and want to keep perpetuating the new product. Also I don't really like the two-handed glove thing. I guess it gives him more weapons but, it's just not how Freddy looks. It's too symmetrical.  It was probably just too much trouble to program him having extra reach on just one hand. That said, I still dig it.

The latest Mortal Kombat game is excellent, and this is another reason to pick it up, or keep playing. I generally don't get much DLC, but this one I will be picking up.

Freddy's inclusion in this game explains Warner Bros. recent request that Freddy and Jason both be removed from the fan made, horror icon fighting game Terrordrome. Their removal caused the whole project to be put on hold permanently. Damn C&D's!!!! Their request sparked rumors that perhaps WB themselves had a game in the works. This seems to be the result.

Can Jason be far behind...