I attended an advance screening last night of "Attack The Block" in NYC. ATB is a UK imported film that has been tearing up the interwebs since it's screening at SXSW. It centers around a group of street kids defending their block against alien invaders. 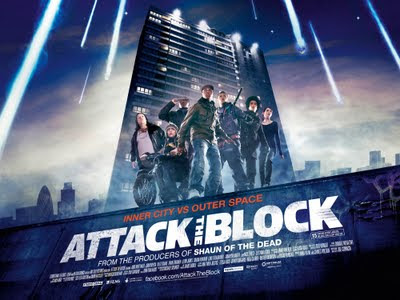 It's being touted as a Sci-Fi "Shaun of the Dead," which is somewhat appropriate. It shares some Shaun Producers, most notably the talented Edgar Wright, and co-stars Shaun sidekick Nick Frost. It has been getting some severely high praise from numerous geek sites and blogs. Claims of it being brilliant and an instant classic have been rampant. Needless to say I was quite excited to see it for myself.

It's a good movie, not great, but good. It's very close to being great, but it never quite gets there. The narrative takes some risks, which I definitely admire, but they don't all pay off. It has one major flaw story wise, that could have been easily avoided, which I think prevented me from going all in on it. All that said, there is lots of cool here.

The aliens in this thing are some of the coolest designs I've seen in a long time. Like no other alien you've seen and totally scary. They are rendered and utilized fantastically and I never doubted them for a minute, which is saying a lot. The kids are equally believable. Relatively unknown, the young cast does a great job of selling us on the fantastic events that transpire. The leader John Boyega and one of the supporting kids Alex Esmail particularity stand out. They benefit from a tight script full of witty one liners, that progresses at a break neck speed never letting us catch our breath. 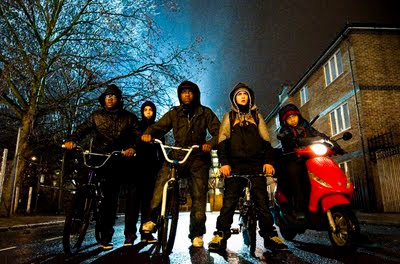 Writer/Director Joe Cornish definitely had a clear vision of what he was trying to do here.His first time directing a feature, he's mostly worked as a writer, with his biggest credit in the upcoming mammoth Tin Tin film as a screenwriter along side Edgar Wright and Steven Moffat (ridiculous). He does a great job here and the movie is slick and goal oriented. It's also pretty brutal.

It's a hard R rated film. There is loads of foul language from the kids with blood and violence galore Completely appropriate of the setting and a welcome change from the all too common PG-13 horror of late. 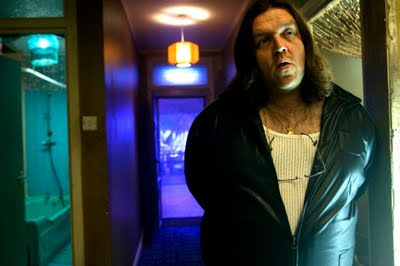 If I was 13 years old, I would be flipping out over this movie.A bunch of kids, protecting their neighborhood from aliens? That does make for instant classic, but perhaps just not for me. I had Monster Squad, and for lots of kids this is a movie that will be viewed many many times.

The movie is really trying to gather fan support, and while I didn't love it, I did enjoy it and definitely think there is an audience for it. In a sea of remakes and sequels it's a rare original, enjoyable movie. There is some concern about American audiences not understand the accents and whatnot which I think is nonsense. It really just needs a chance, and if it doesn't get it we're all but guaranteed to get an American remake thrown at us.

It opens limited in NY, LA and a few other cities on July 29th. Based on that it may open wider. I definitely encourage everyone to check the links and support The Block. 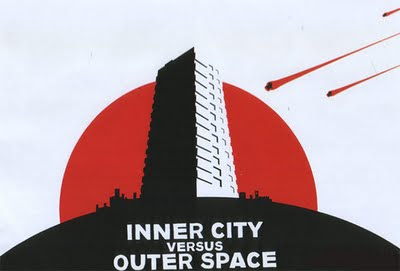 Email ThisBlogThis!Share to TwitterShare to FacebookShare to Pinterest
Labels: Edgar Wright, JediRob, Shaun of the Dead