Just cause we got Osama, doesn't mean there ain't more bad guys that need taking care of.


A vampire in the employ of the U.S. government taking care of the jobs no one else can?...why not.


OK, maybe not that great looking but it piqued my interest because it has a few people in it who I really dig. Schlocktackular genre actors like Lance Henricksen and Brad Dourif, playing the villain apparently who is some some sort of Sheik...


...sporting a full-on brown face no less. And of course as The President of the United States, Christoper Lambert......right.

The guy who plays the vamp, Michael Bailey Smith, has a couple of cool nerd credits. Namely Super Freddy in Nightmare on Elm St. 5, and Ben Grimm in the infamous Roger Corman Fantastic Four. Nice!

A little further research reveals this is actually based on a short film by the same Director and much of the cast from 2002. Pretty cool that they managed to get it made on a larger scale. 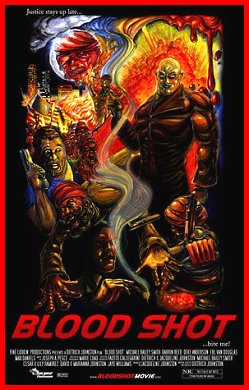