Well aren’t you sandworms in for a treat this week!

A few of my favorite films came out this month, 30 years ago.  And watching these trailers have set my geek panties on fire.  Surely, they will do the same for you. 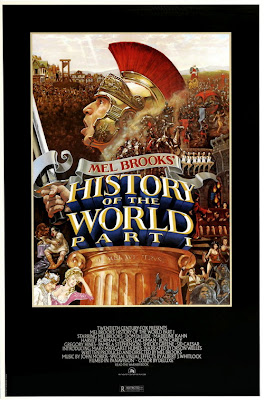 History of the World Part I – June 12th, 1981
Starring Mel Brooks, Gregory Hines, Dom DeLuise
Directed by Mel Brooks
Does anyone know why there was never a part II?  Do ya?  DO YA?
(don’t go & google it either. ya turd.) 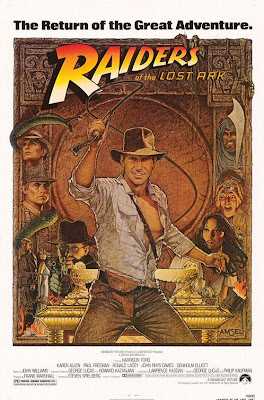 Raiders Of The Lost Ark – June 12th, 1981
Starring Harrison Ford, Karen Allen, Paul Freeman
Directed by Steven Spielberg
“Jones, do you realize what the ark IS?!”
“Ba-pa-dumpa!  Ba-pa-dummmm….Ba-pa-DUMPA!  Ba-pa-dum-Dum-DUM…..”
Despite the 20 seconds of silence at first, which makes me suspect for a moment that I have a slight hearing problem and causes me to crank the volume a liiiittle too loud, the trailer is filled with action!  Suspense!  Adventure! And wonder for the imagination!  But seriously, who are these bad guys again?   Yes yes, we KNOW by now who they are because we’ve seen this movie countless times, but really….they just seem to serve no purpose other than pure SABOTAGE.  Like snakes!  Indy haaates snakes. 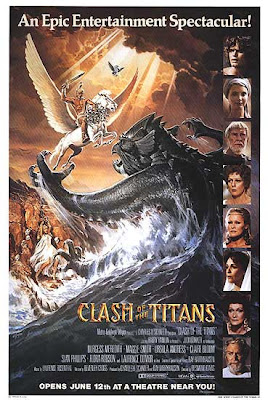 Clash of the Titans – June 12th, 1981
Starring Laurence Oliver, Harry Hamlin, Claire Bloom, Maggie Smith
Directed by Desmond Davis
Let me tell you why I think this trailer and movie still kicks ass to this day.  Forget that overpriced shitty remake that you watched recently.  I’ll take that freakishly creepy stop action medusa over that giant, unrealistic, phony ass kraken from the 2010 version any day.  The graphics in this 1981 feature are dope!  That’s right!  And you know,  CGI really stands for “Cartoon-like Garbage Imitation” anyway.  The more realistic they try to make things these days, the more silly they come off.  Most of the time anyway.  OK fine, usually once a year.  For the last three years.  Around the 4th of July.  Yea.  I’m talkin’ to YOU, Michael Bay.
Thumbs up for The Clash!
Posted by Mike D. at 1:16 AM