This Is The Ballsiest Movie Poster Ever Made.... EVER!!!!!

Check out this amazing movie poster for the upcoming American version of The Girl With The Dragon Tattoo. It features a topless Rooney Mara being held by Daniel Craig. Fans of the original film and book series know that Mara's character, Lisbeth Salander, is a goth chick that is extremely sexual and that sex plays a huge part in the books. But to put her topless on the FUCKING POSTER is the craziest thing I have ever seen a studio do. I know, I know. This poster will NEVER make it to any theaters and NEVER be used officially... but it was all done to raise the buzz of the film that doesn't come out till December. After last weeks wordless trailer and this extremely risque poster, all I have to say is: MISSION ACCOMPLISHED!!!! The movie opens December 21, 2011. I for one can't wait! 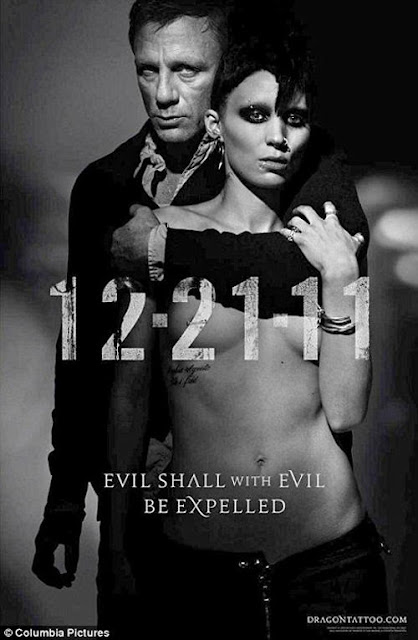 And now, the nude one: 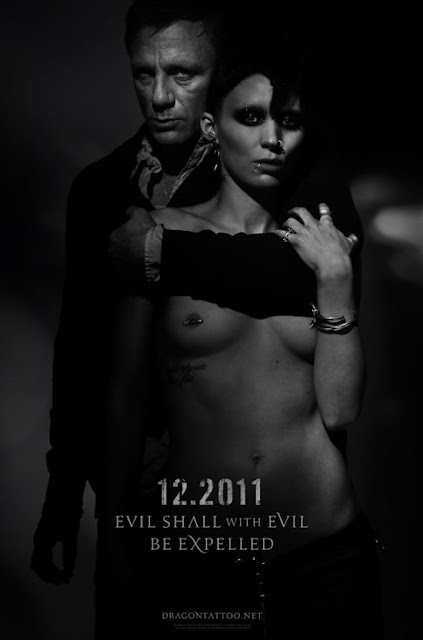