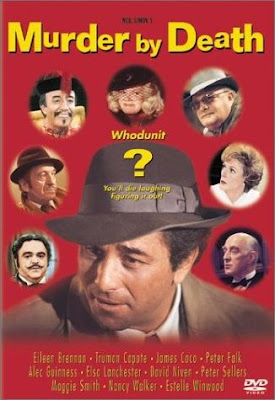 I was very saddened to hear of the passing of 83 year old Hollywood titan Peter Falk, on Friday evening. Most people know the lovable Falk from his career-defining role as Lieutenant Columbo on TV, but if you are an 80's baby, such as myself, then you definitely know Falk as the Grandfather from 'The Princess Bride'. I have loved Falk since I was a kid... it was just something about his thick New York accent and silly putty face that made me smile. I will miss him dearly. 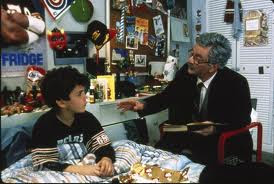 He starred in two of my all time favorite movies EVER: 'Murder by Death' (1976), and 'The In Laws' (1979). The tears of laughter I have shed watching those two films countless times can't be counted. I have watched parts of 'Murder By Death' at least 50 times in the past two years since I got Netflix Instant. watching Falk on screen with my favorite actor, Peter Sellers, in a Neil Simon production is a must for all true movie fans."I get 50 bucks a day plus expenses... I hate them queeries!!!" 'The In Laws' is one of the greatest buddy comedy movies ever, pairing Falk with Alan Arkin. "Serpentine Shel... Serpentine" And who could forget Falk guest starring in the Favreau/Vaughn comedy 'Made'. "Because you lost my fucking carpet cleaning van, and I don't like you!!!". Priceless.... 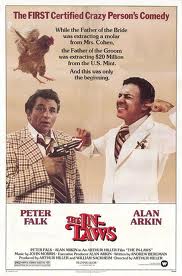 In honor of his passing, here are a few clips of his work. I hope you guys search out some of his movies. Films like 'The Brinks Job', 'Murder By Death', 'Cookie', 'Made', 'The In Laws', 'The Thing About My Folks', 'The Princess Bride' and 'The Great Muppet Caper' all need a re-watch. Get to it. see ya around Petey... thanks for all the memories!!!

'Murder by Death' & 'The Cheap Detective'