Baby Boba Fett All Growed Up!!!

Check out this photo of Daniel Logan (aka the child actor who played a young Boba Fett in Attack of the Clones) as a full blown Boba Fett. This photographic is unreal and comes to us from A-Squared Concepts . 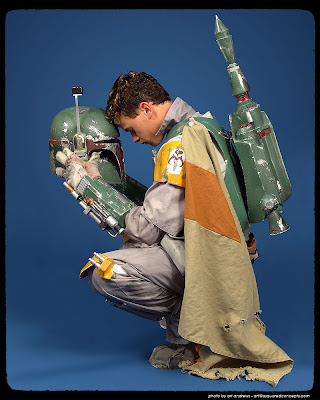 Jeff sent this one over to me with a real cool thought:


How great would it be if someone rangled Harrison Ford, Mark Hamill, et. al and did just a photgraphy shoot as how they would look revisiting the characters they might have played in a hypothetical prequel film. (i.e. General Solo in his 40's-50's, Peter Mayhew as a few hundred year old, grey haired wookie!...etc.)