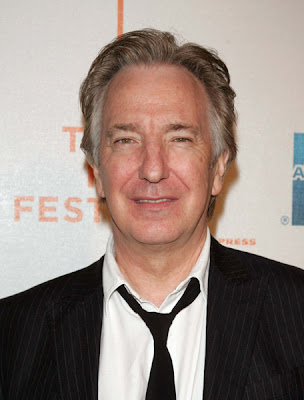 I have loved Alan Rickman ever since I first saw him as a Hans Gruber in Die Hard. He has gone on to make some amazing movies, from playing the voice of God Metatron in Dogma to The Sheriff of Nottingham in Costner's Robin Hood. But for the last 10 years he has forged a career as Severus Snape, teacher of a little wizard by the name of Harry Potter. For a generation of kids who grew up on the Potter books and movies, Snape (and therefore Rickman) will always be in their hearts as a truly conflicted character who is quite complicated and just as important to the story as Harry himself. With the last Potter movie almost upon release, Rickman recognizes just how important this role has been and he took out a full page advertisement in Empire Magazine to say goodbye to the Harry Potter franchise and a big Thank You to author JK Rowling. A classy gesture from a classy man. Here it is for your enjoyment: 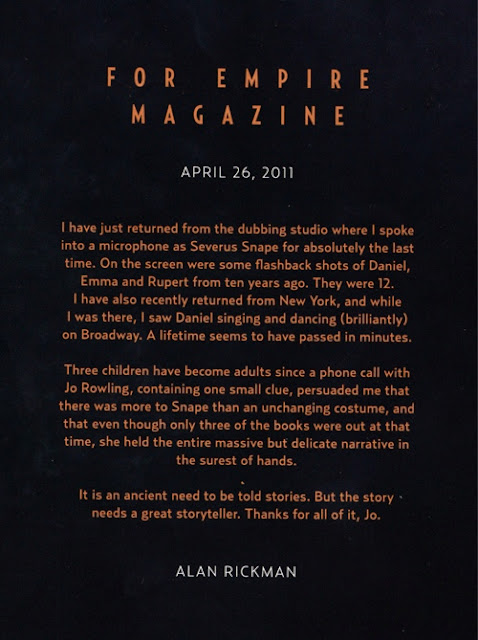