A to Z Blogging Challenge - Day #13 - Letter M - Movies That You Have Probably Never Seen & Should... ASAP!

Anybody who reads this site knows that I am a movie freak... I watch way to many films, and I am a cinefile of epic proportions. I am also trainng my 8 year old son Mikey to follow in my footsteps in the way of the order... But thats neither here or there. Since I have such a vast knowledge of movies, here are 10 movies that you probably have never seen (or heard of!!!) that you need to watch.... ASAP!!! Make these happen... you will be a better movie watcher afterwards. Here we go: 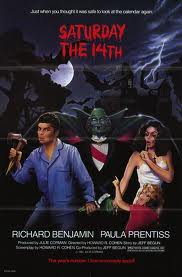 Email ThisBlogThis!Share to TwitterShare to FacebookShare to Pinterest
Labels: A to Z Blogging Challenge, Day 13, Letter M, Movies I Love, Must See Movies