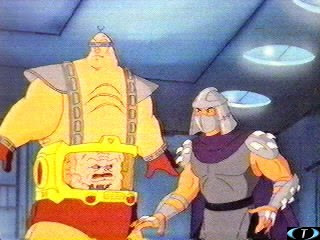 I was a huge fan of the Teenage Mutant Ninja Turtles when I was a kid. I think the reason was because the cartoon came out around 1987 and I was starting to get more into sports. I had already loved He-Man, G.I. Joe, Transformers, Thundercats and other shows so much... but it seems to me that TMNT was the last time a new cartoon blew my mind. Out of all the villains that the Turtles faced, Krang was always the coolest looking to me... and by default he became my favorite!!! 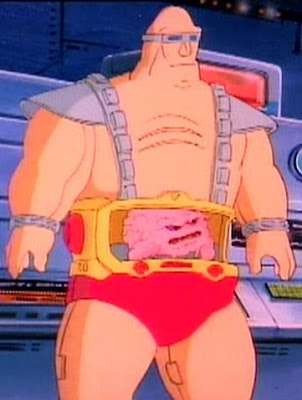 Krang is Shredder's partner in crime in trying to take over the world and get rid of the Turtles. He is a brainlike mass that is housed in a large mechanical body that was created by Shredder. In return, he allowed Shredder and the Foot Clan to operate out of the Technodrome. This maniacal brain had the awesome high pitched voice and the ill factor that always appeals to young boys... it's no suprise I liked him so much!!! 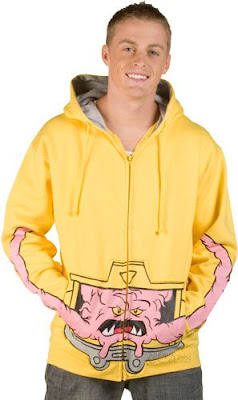 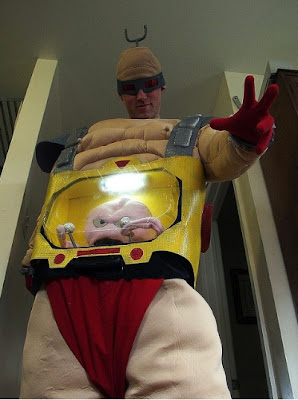 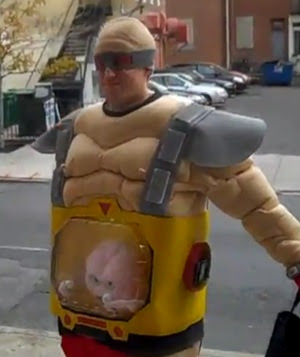