"The things I do for love."

By the time that line is uttered in chilling fashion in HBO's "Game of Thrones," those viewers unfamiliar with George R. R. Martin's bleak epic, will be wearing the appropriate mouths agape expression. It was the moment I reached in reading the first book where I said to myself..... "oooohhhhh this is THAT kind of story, got it." It sets the stage for the numerous, unthinkably treacherous, acts that are carried out across the sprawling epic novels, and does the same for the television audience. 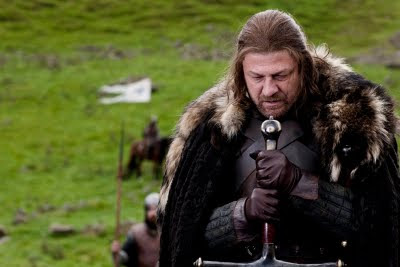 Having seen the first four episodes of HBO's gargantuan adaptation, I can say without the slightest fear of cliche that it is unlike anything we've ever seen before on television. Longtime fans of Martin's "A Song of Ice and Fire" series will be met with immediate satisfaction at seeing the familiar characters and locations brought to life with stunning accuracy, and the uninitiated viewer will be no less engaged by the tremendous production value and broad sweeping story. 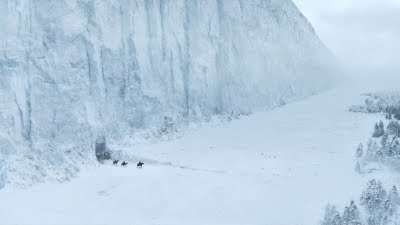 The first episode sees world weary Eddard "Ned" Stark (Sean Bean) and his namesake family living generally peacefully, and cautiously, in their city of Winterfell. Their tranquility is quickly interrupted with an impromptu visit from The King, who calls upon his old wartime friend Ned, to return with him to court in King's Landing and assist him in ruling the realm. At the same time, far in the south, across the sea and outside of the Seven Kingdoms, the rightful heirs to The Iron Throne of King's Landing are setting plans in motion to reclaim their usurped kingdom. Also, in the North, outside The Great Wall guarded by the Night's Watch, there are unexplained disappearances and rumblings about dead men walking. As threats build on all sides and most dangerously from within, the Stark family's peace is quickly swallowed up by greed, lust and murder. 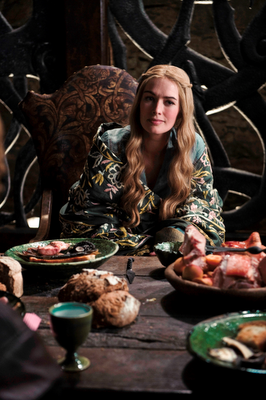 In true HBO fashion the production value is one of the big stars on display. From the worn wood and rusty chains of the elevator at The Great Wall, to the golden links in The Kingslayer's armor, every spot of detail has been meticulously crafted. The weight of the world is felt in every aspect of it. Much of the production was shot on location in suitable vistas in Ireland and Malta, and CG is used as it should be, as a tool to enhance the world beyond it's earthly constructs. Even the opening credits are incredibly innovative, and will be looked forward to every week. 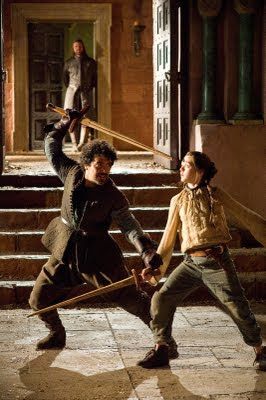 The cast also seems cut from stone to play their parts. Sean Bean should probably just wear chain mail at all times and sleep in his beard and wig cause it just suits him so perfectly. Peter Dinklage is fan dream casting as the equally charming and scheming Tyrion Lannister. His sister, the calculating Cersei Lannister, is faithfully inhabited by Lena Headey of 'Sarah Connor' and '300' fame. There are several other familiar if not as famous faces peppered throughout. Most notable for me is Charles Dance (the glass eyed bad guy from 'Last Action Hero') as the ruthless Tywin Lannister and Mark Addy (the fat guy in 'The Full Monty') as King Robert Baratheon. Numerous unknowns inhabit the majority of the other roles to great success, especially the numerous children that play such a large role in the story. 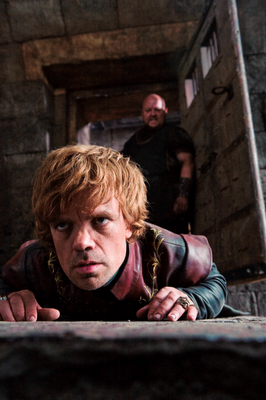 The real question when it was first announced that a television adaption was going to undertaken, was how in the hell are they going to fit it all in there. With source material in the shape of 1000+ page novels liberties are bound to be taken. David Benioff and Dan Weiss do so in a very effective way. Events are omitted and others added or expanded on but it all happens in such an organic way that even loyalists and naysayers will be stressed to find real fault in it. All the major beats of the stories are accounted for, which is impressive given the plethora of characters that are present. That said the story that falls the most flat is events across the sea involving Daenerys Targaryen (Emelia Clarke) and her marriage to Khal Drogo (Jason Momoa, also starring as the title character in the forthcoming 'Conan' movie). These scenes drag a bit as it's not immediately evident what they have to do with any of the much more interesting events going on in the rest of the story. Although when I first read the book I felt the same way, and was eventually met with a strong payoff, which I am confident will play out in similar fashion in the series. 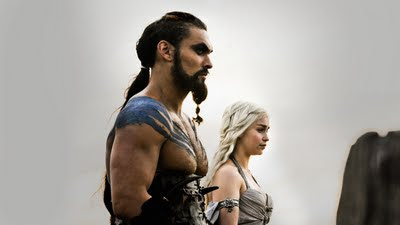 Game of Thrones is an engaging adult drama played out in a fantasy world. It is airing on a network known for producing some of the most noteworthy, original and uncompromising television of the last 20 years. No expense is spared in bringing this story to life. This type of treatment to genre material is what fanboys dream of. It's on pace to achieve the kind of success that shows like 'Battlestar Galactica' or 'Buffy the Vampire Slayer' ALMOST did. To be taken seriously despite, or in fact because of, the fantastic qualities of the story. 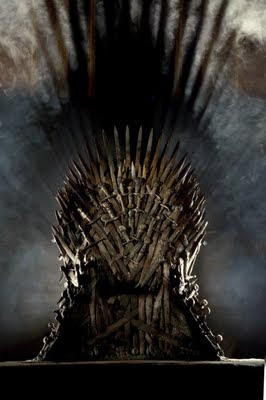 "Game of Thrones" premiers this Sunday, April 17th at 9pm on HBO.