Here Is My New Mission In Life Until October

While it may be only February, I am always on the lookout for cool costumes for my son to wear for Halloween. My boy Mikey has been some great stuff over the years. When he was 1 he was a pumpkin (he was 1!!!), but after that he has had a hell of a run. At two he was The Thing, three he was Captain America, four he was Iron Man, five Green Lantern, six he was Hellboy, and seven he was Obi Wan Kenobi. These costumes have pretty much been amazing... and have come quite a long way from Halloween costumes like these: 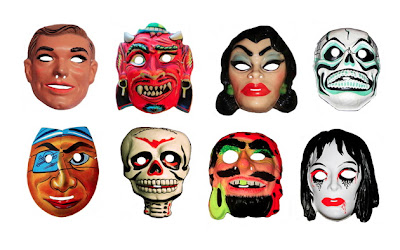 He always picks what he wants to be, and he seems to have an uncanny ability to be ahead of the curve (he was Cap & Green Lantern mad long before the movies made these characters popular). I was over at Geekologie  and they had some of the newest costumes being offered by Costume Craze. I can only hope that once I show Mikey these, he will consider one of them for the upcoming Halloween: 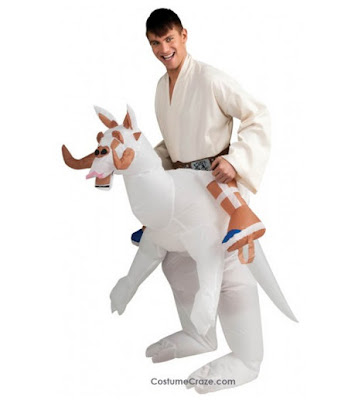 Wow... that TaunTaun costume is amazing, but I am really hoping the boy chooses the Jawa costume. It is so bad ass!!! He really loves the Jawa's in the Star Wars films, so lets see. I think it would fit in well with his costume history of amazing yet slightly off beat choices over the years. I am also considering a custom Plastic Man costume since they do not make one and Mikey is obsessed with the character right now. That's just another example of how cool Mikey is... any kid could dress up like Batman or Superman, but how many kids ask to be Plastic Man? That kid is great....
On a side note, I am hoping to buy this costume for my girlfriend Tara and see if I can get her to wear it. I might even buy it now... good lawd!!!!! Wish me luck!!! 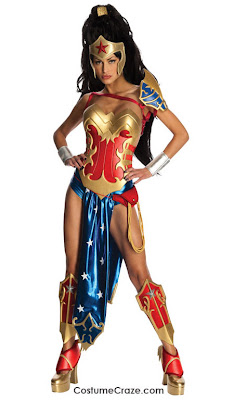