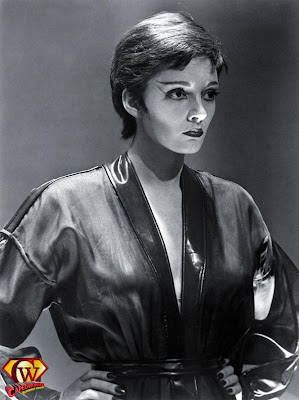 Last week the Internet was abuzz with rumors of who the female characters would be in the upcoming Superman reboot by director Zack Snyder. Everybody assumes Lois Lane will be in the film, and we ran a story about Kristen Stewart saying that she didn't think she was right for the part despite being Zack Snyder's favorite... which we praised. Then all sorts of rumors began to spread about actresses like Alice Eve, Rosamund Pike, Diane Kruger, and a million others being considered for a roll... but could these beautiful ladies possibly be Lois? Probably not... how about villainess, Ursa, instead!!! 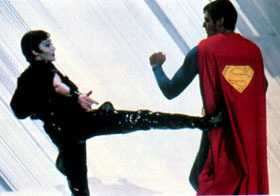 I am totally OK with this... but I am a bit confused. Snyder has said that Zod would not be the villain in his movie. But if Ursa is in the film, doesn't that pretty much guarantee that we will see some of the ole General from Krypton? Ursa was created for the original Richard Donner Superman films, and now she is even in DC Comics continuity. She is a bad ass... and I love her and Zod. I can not possibly take another Superman film with Lex Luthor as the villain. I just can't do it. A Superman film needs someone that can go toe to toe & blow for blow with Supes. And the Kryptonian three of Zod, Ursa, and Non are just that. I like this idea... A LOT. 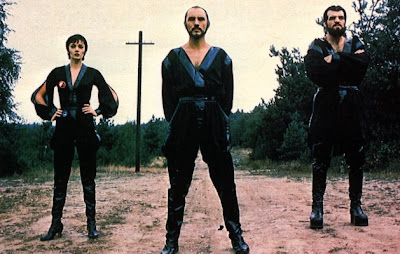 Now here is the kicker. Maybe Snyder isn't lying. Maybe Zod will not be in the film. Maybe it will be Ursa trying to get Zod out of the Phantom Zone and setting up future sequels. That would be fine by me. I am also loving the fact that there are so many beautiful women up for this role... no matter who they pick, she is sure to be gorgeous. Sarah Douglas, the actress who played Ursa in the Superman films, was super sexy and seductive as the villainess. Lets hope whoever they cast will make us swoon and provide a challenge for the big boyscout. Who do you guys think should play Ursa in the new Superman film? Tell us in the comment section below!!!
Posted by Mike D. at 10:32 AM