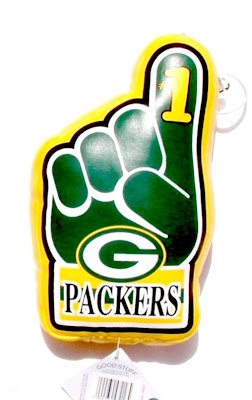 The Green Bay Packers won the Super Bowl last night, beating Ben Rapistberger and the Pittsburgh Steelers. This is quite a big deal, because the Packers were a #6 seed in the playoffs, The Steelers were a very tough team, and quarterback Aaron Rodgers was on the brink of coming out as a superstar... and they got it done. 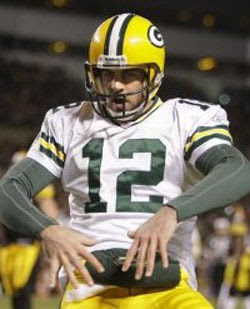 I was rooting for them, so I feel quite fulfilled. I am a huge fan of Rodgers, and I love the championship belt celebration he does when he scores a touch down: 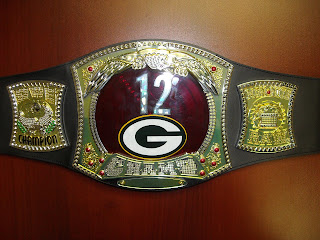 Above is the actual belt that Clay Matthews had made up for Rodgers and gave him on the podium last night when Rodgers won the MVP award... very cool. 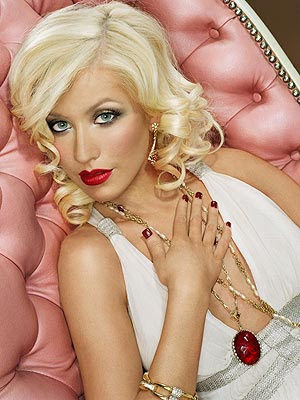 Now, as for the rest of the game. The Super Bowl is a spectacle, and there were some interesting things that occurred. First of all, Christina Aguilera butchered the National Anthem. She actually left out a full line of the song. While this has been well documented all over the news, here is something you might not have heard. Vegas takes all types of funny wagers on the game, called prop bets. You can bet on who will win the coin toss, what color Gatorade the coach will get doused in, and things of that nature. There was a bet on how long Christina would stretch out her rendition of the National Anthem. It varies depending on the place where you made the bet, but it was around 1 minute 53 seconds to 1 minute 55 seconds. Tons of money is wagered on this kind of nonsense... and she came in at around 1 minute 53 seconds. That means if she would have sang the full song and not forgot the line, she would have been over the mark. That means she costs everybody who better over money, and saved everybody who bet under money. It's fucked up... and I can't believe they take bets on this. Wow. 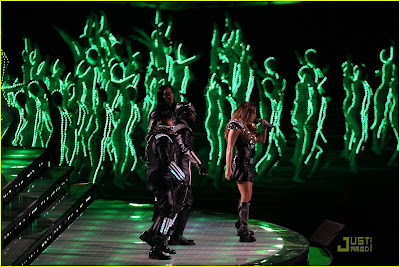 I was also a fan of the Black Eyed Peas halftime performance. I liked the Tron inspired costumes of the extras, the cover of 'Sweet Child of Mine' featuring Slash from Guns n Roses, and the overall fun tone of the show. Janet Jackson ruined it a few years ago with that nipple ring, and since then the NFL has played it safe. They have gone with classic rockers like the Rolling Stones and Bruce Springsteen, and while those guys are great... well... they are getting a bit 'up there' in age and it shows. I don't want Bruce breaking a hip on national TV, or Keith Richards finally succumbing to years of abusing his body at halftime of the biggest game of the year. I am glad they took a shot on a more contemporary group. I am not a huge fan of the Black Eyed Peas, but felt they did a very good job.