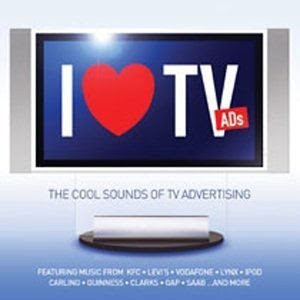 TV commercials are a part of our everyday lives as TV viewers. Even though Tivo and DVR have allowed us to "skip through" the commercials, the advertising companies are still trying to peak our interests by coming up with creative commercials. To me, great commercials are an art form and are under appreciated by a society that is always trying to speed through things. Think about it... how many times did you see a great commercial that made you laugh hysterically or want to go out and purchase the advertised product??? And how many times has the best part of the Super Bowl been the commercials during a blow out game??? Whether you want to admit it or not, commercials are cool as shit... and here are some of my favorites.


This week we got a vintage spot from Nike that pitted down low nightmare Charles Barkley 1 on 1 against the Tokyo Destroyer himself, Godzilla. This is from the classic era of Nike commercials (face it, they have some of the absolute BEST tv spots ever), and Barkley is great as the good guy who isn't afraid to get dirty. You gotta love the sports glasses that Godzilla pops on right before they start playing (in purple for Barkley's Phoenix Suns!!!). The effects were actually done by George Lucas's Industrial Light & Magic, which makes them automatically awesome.

***Bonus***
This was right around the time Nike began to embrace Barkley as the "anti-Jordan", the bad guy you could root for in contrast to Jordan's perfectly good guy. They even crossed over with Dark Horse comics to do a one shot featuring Barkley balling with the beast. How many atheletes can say that they starred in their own comic, and got to beat up on Godzilla? Here is the cover and some panel art. Enjoy!!!