Thor Goes To Hollywood To Fight Some Horror Legends

Marvel Comics is trying to ensure that their Thor movie is a huge success upon release this May... and so they are approaching the film's promotion from all angels. One way is to mash up Thor with some Hollywood legends on variant covers for some of their upcoming comic books. This is a pretty cool idea, and the first two covers are making the rounds.

First up: Artist Mike del Mundo and his cover for 'Uncanny X-Force #7' that features Thor and Frankenstein's Monster!!! 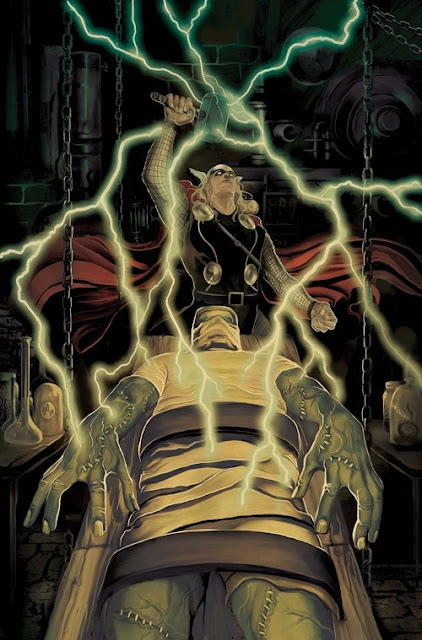 Next up, we got artist Greg Horn and his 'Heroes for Hire #5' cover where Thor is all set to battle The Great White Terror... Jaws!!! 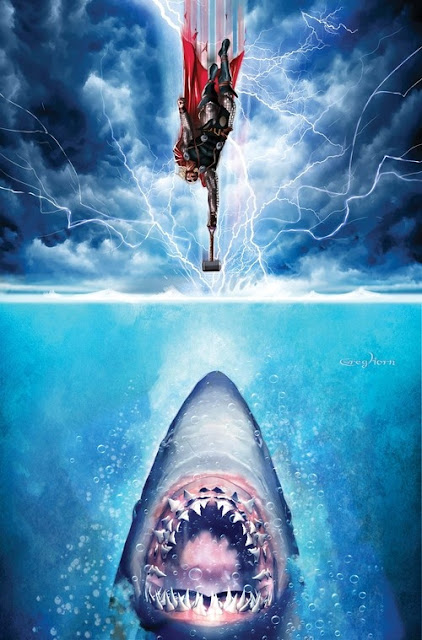 Very cool stuff... and Marvel has more of these to come. Check these out at your local comic book stores in the upcoming months!!! Support local mom and pop comic stores. Which Hollywood mashups do you want to see with Thor? Tell us in the comment section below...
Posted by Mike D. at 12:21 AM